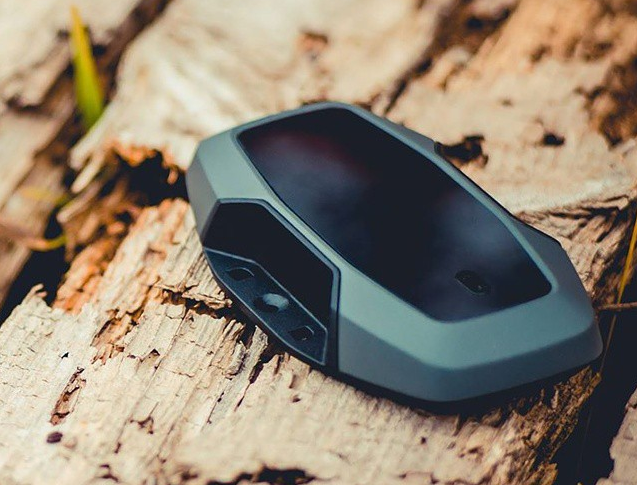 The next big battle for tech giants is in the realm of the “Internet of things,” which is an industry buzzword used to describe the way all our home gadgets and appliances will soon be connected to the web and will be able to communicate with one another. That said, you shouldn’t need to rely on Apple, Google or other companies to hook up your home — instead, you may be able to use an “Internet of things” development platform that’s being crafted by a Finnish startup called Thingsee that aims to make programming web-connected appliances and devices easy and intuitive.

RELATED: The market is about to be flooded with some of the weirdest ‘smart’ devices you’ve ever seen

Thingsee last year announced itself to the world with a Kickstarter project that successfully raised over $100,000 that went toward the development of Thingsee One, a developer device that is the main interface you use to program your home’s web-connected tools and appliances. The device itself has inbuilt sensors that can detect a huge variety of variables, including acceleration, speed, location, temperature, humidity, pressure and light levels. You can then have Thingsee set thresholds for these different variables for different devices.

So for example, you’ll be able to have a sensor in your teenager’s car that can detect when it’s speeding and send you an alert. Or you can place a sensor on a certain item and program its accelerometer to let you know if it’s being moved from a set location, which could indicate that someone is trying to steal it.

The point is that the possibilities for what you can do with Thingsee are seemingly boundless. In a lot of ways, it’s trying to do for IoT what 3D printing is trying to do for manufacturing — that is, take it out of the exclusive hands of big companies and put it into the hands of ordinary consumers.

What’s particularly great about Thingsee is just how simple it is to use. In tutorial videos shared with BGR, programming its sensors is insanely simple — after stating your program’s purpose, you can then instruct it to behave different ways in different states depending on what its sensors are reading. The aforementioned theft alarm program, for example, took about four minutes to do using Thingsee’s development platform.

Thingsee CEO Pasi Jokinen tells us that what he’s most excited about with his product is what creative developers will be able to do with it. Once Thingee’s first developer units start shipping on June 30th, he’ll definitely get his chance.

Read more about Thingsee over at its website by clicking here.