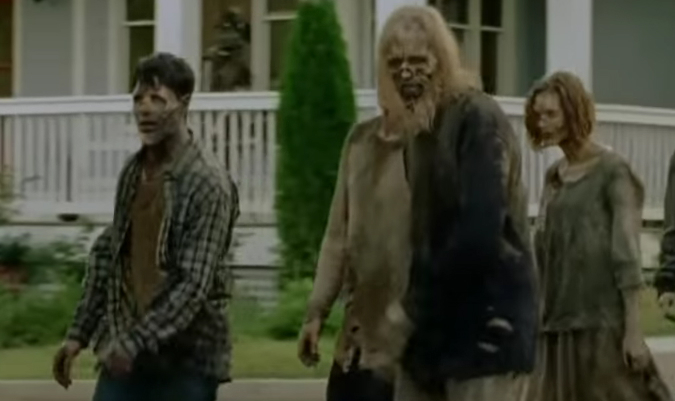 There’s one more episode left in the first half of season 6 of The Walking Dead, and it will air this coming Sunday. If you’ve been following the zombie show as closely as we have, then you already know that Rick’s crew and the people of Alexandria have had a terrible couple of days, having to fight both walkers and humans while making some bold decisions in the process. The makers of the popular TV show even managed to create a Jon Snow moment early in the series, giving viewers the impression that one of the main characters might be killed off faster and easier than expected.

If you care about midseason finale spoilers, then look away right now. Otherwise, you can watch a few videos below that reveal what we can expect in episode 8, the last one that will air this year.

As you probably know by now, Glenn is not dead, and he was featured prominently in episode 7 as he made his way home with Enid. But Alexandria is surrounded by a swarm of walkers who manage to inadvertently collapse a church’s tower over a section of the seemingly impenetrable wall. The freshly released videos reveal that you can pretty much expect the worst next episode. Hordes of walkers will invade Alexandria, and its inhabitants will have to find ways to reach shelter and then fight back.

In one of the videos, we see Glenn helping Enid and in a different clip, we see Rick and other characters running for their lives, trying to protect themselves against a mob of walkers.

On one hand, we have everyone in Alexandria locked inside the walled city, with no way out other than the collapsed section of the wall that’s mobbed by walkers. On the other hand, we have at least five characters coming to the rescue, including Glenn and Enid, but also Daryl, Sasha and Abraham (coming from a different direction, and they have no idea what’s going on inside the city).

We’ll see on Sunday what the show’s creators have planned for this midseason finale. Meanwhile, check out these teaser trailers embedded below for yourself.