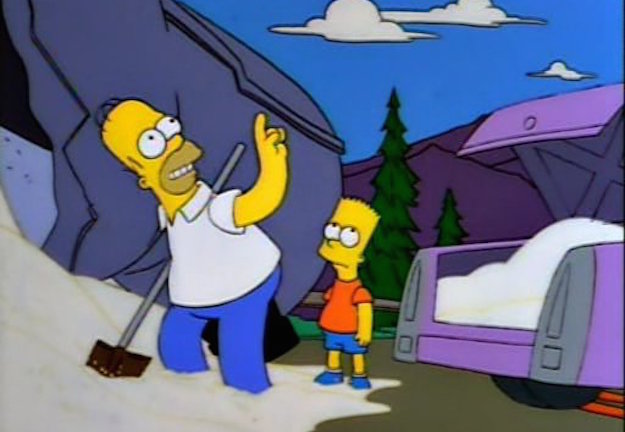 It’s hard to believe that The Simpsons is still on the air. Even though most die-hard Simpsons fans will gleefully tell you that the show’s trademark wit has been missing in action since sometime around season 10, the show is inarguably one of the most iconic Television programs of all-time.

Since originally debuting in its own primetime slot in December of 1989, the show has soldiered on for over a quarter of a century. It’s lived through four U.S. Presidents, a mediocre movie, a number of widely publicized contract disputes, and an absolutely insane and eclectic selection of branded merchandise that easily puts the Angry Birds franchise to shame. Impressively, or perhaps depressingly is a more apt word choice depending on your perspective, kids who were born during the show’s inaugural season graduated high school 8 years ago.

Bolstered by a long history of respectable ratings along with an ever-changing base of devoted fans, the show’s 27th season premiere aired on FOX this past Sunday. With a 28th season already agreed to, many have naturally wondered just how long FOX will continue to bankroll new episodes after the 2016 season comes to a close.

In an interview with The Hollywood Reporter, longtime Simpsons showrunner Al Jean (and co-creator of The Critic, we should point out) was asked flat-out how much more life the show might have.

“It’s quite possible that we don’t have to go through the whole negotiation for 30,” Jean said. “I wouldn’t be stunned if we stopped at 28, but my bet is on at least 30. But then you’d have to resign them again. If you made me pick one, I’d say the likeliest is ending after 30, but I’ve been wrong before. I thought five seasons was good when I got there,” Jean reportedly said with a laugh.

If Jean’s gut feeling comes to be, it’ll certainly mark the end of an era. The show has been around for as long as most people can remember, and even though hardcore fans will be the first to admit that it might be time for the show to call it quits, Sunday night TV will ultimately look and feel a whole lot different without The Simpsons on FOX.

Lastly, can anyone pinpoint which Simpsons episode the photo above is from?