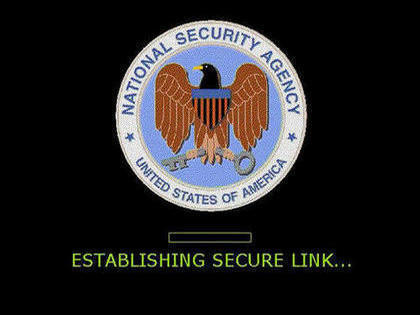 It’s like something out of a movie, really. Half the time, one wonders if the NSA exists. The other half of the time, you wonder what it is they do all day. Well, whistle-blower Mike Klein, best known for lauching the AT&T / NSA eavesdropping scandal, has added a bit of clarity to his claims. His new accounts suggest that he personally witnessed (and connected) a secret NSA facility, “secure room 641A in AT&T’s San Francisco switching center.” What he primarily noticed was, as he was wiring the room, the gear that was being used was incapable of the specific filtering suggested by the government. There was no way the installed equipment could do anything other than send an exact duplicate of e-mails, web traffic, and phone calls by both AT&T, as well as other various carriers. Says Klein, “the splitter device has no selective capability, it just copies everything. We’re talking about domestic traffic, as well as international traffic, and that’s what got me upset to begin with.” Gee…we wonder how long it will take for this guy to have an “accident” or simply “disappear.” Make the jump for the full details of the mysterious “room 641A.” And no, this isn’t an episode of LOST.