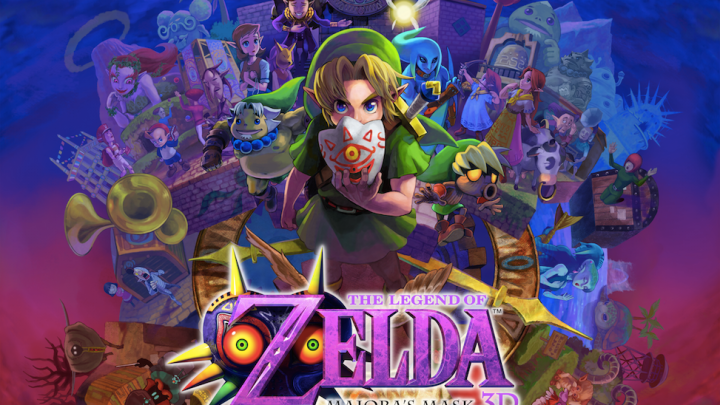 15 years ago, the darkest, most complex game in the history of The Legend of Zelda hit store shelves. Majora’s Mask was lauded as another masterpiece of the Nintendo 64 era and a worthy follow-up to Ocarina of Time, but it hasn’t quite had the same legacy as its predecessor.

Now that the game’s incredible looking remaster is finally coming to 3DS, Nintendo has a chance to rewrite history and introduce a whole new generation of gamers to one of its most tragic and fascinating tales.

MORE GAMING: Review: What it’s like to upgrade from a Nintendo 3DS to a New 3DS XL

Majora’s Mask 3D is not a traditional Zelda adventure, primarily because of the mask mechanic and the three-day time limit. In the land of Termina, where Link has been marooned, masks have the ability to transform their wearer. When he first arrives, he is cursed by the antagonistic Skull Kid and turned into a Deku creature.

To make matters worse, Link soon discovers that the land of Termina will be annihilated in three days as the moon has begun falling out of the sky.

Thankfully, by playing the Song of Time on his ocarina, Link is able to travel back to the first day at a moment’s notice, allowing him to retain the masks, songs and items he found along the way while reverting the dungeons he explored to their original state and erasing any conversations he had along the way. It’s the Groundhog Day of video games, but with significantly more sword fights.

The result of this limitation is that you have to learn to manage your time effectively and know when to cut your losses and travel back in time.

For example, I quickly unlocked the first dungeon in the swamp during one of my first three-day cycles, but just as I was making my way to the boss key, the clock struck midnight and I realized I would need to rewind. As the clock spun backwards, all of my progress vanished and I had to start from scratch (save for the equipment I had acquired). Don’t make the same mistake!

Although the actual content of the game is mostly unchanged, some of the mechanics have been refined and smoothed out for the 3DS.

For example, the Song of Double Time, which previously let players skip to the following night or the following morning, now allows players to pick a specific hour they want to jump to within that day. This makes a huge difference when trying to work your way through some of the game’s longer quests, many of which require you to be at certain locations at a specific time.

The owl statues dotted around the map also serve as full-featured save points in the 3D remake, giving players the ability to save the game and continue playing rather than creating a suspended save that gets erased the next time the game boots up. This takes some of the suspense out of the time travel mechanic, but I honestly can’t ever remember using it to retry a dungeon or fix a mistake at any point in my playthrough.

The game’s bosses have also received major overhauls, all of which are welcome, but I still found them frustrating. Save for Twinmold (the boss made up of two flying snakes) the game’s most challenging enemies just don’t feel very inventive.

But gameplay additions/renovations/complications aside, after going back and watching videos of the original game, I think it’s fair to say that this is Nintendo’s most impressive remaster yet.

It looks fantastic, breathing new life into what was always an incredibly imaginative and expressive world. Everything has been redone, from the environmental textures to the character models to the animations. It’s easily one of the best looking games on the 3DS and an incredible improvement over the original game.

If you’ve been looking for a reason to dive back into Link’s most perplexing and bizarre adventure of all time, Majora’s Mask 3D is it.

Nintendo provided BGR with a copy of The Legend of Zelda: Majora’s Mask 3D on Nintendo 3DS for this review.