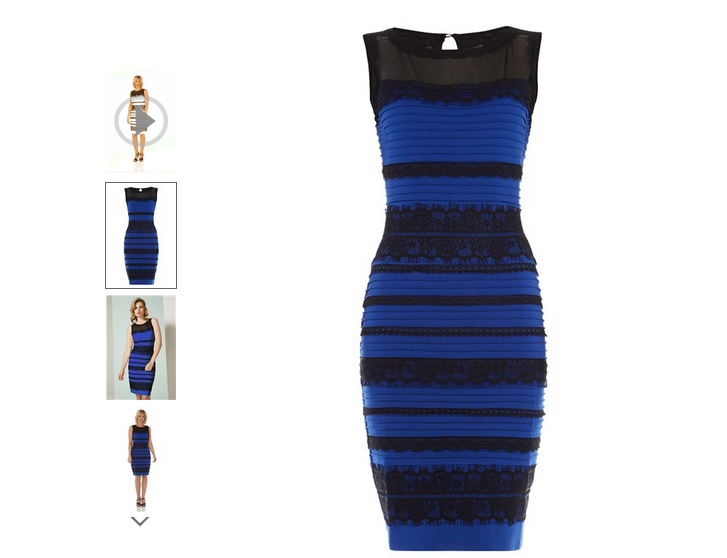 As we reported earlier in the day, the collective web over the last few days has been engaged in a bitter and incessant debate regarding the color scheme of… a dress.

Don’t miss: Brilliant lifehack: Video shows how to shovel snow in seconds… without a shovel

You see, some folks think the colors of the dress above are clearly white and gold. On the other side of the camp we have folks who adamantly swear that the dress is black and blue. Now sure, we could turn to science to try to figure out what color the dress is exactly, but people’s eyes might start to glaze over at the mere mention of RGB values.

The solution? Let’s take a look at what the dress actually looks like, in normal lighting with no special filters applied. You know what, let’s actually take things a step further and see what the dress looks like via a photo provided straight from the manufacturer, a company called Roman Originals.

Sorry to disappoint some people, but the dress is, in fact, black and blue.

We can confirm #TheDress is blue and black! We should know! http://t.co/qAeIIHzJxk pic.twitter.com/kkxjUbmgI3

Well you can purchase the dress yourself from Amazon and examine it in person.

On a related note, I simply can’t wait to get Apple’s next-gen iPhone.

JUST IN: Apple has released a limited edition black and blue iPhone. pic.twitter.com/qaiD3TgIHw