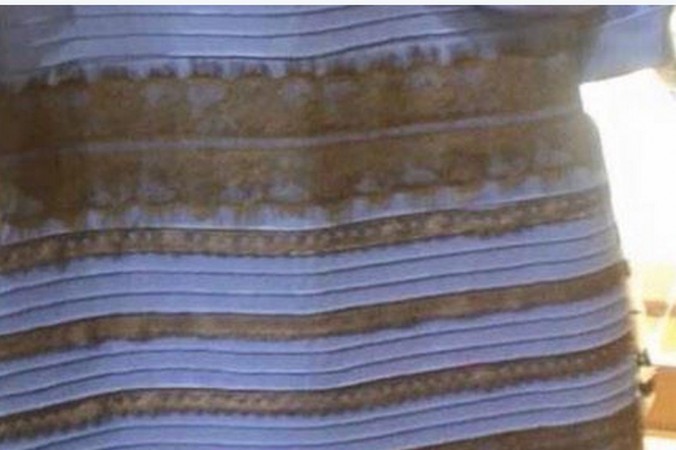 For the past day or so, the Internet has been embroiled in what I thought was a completely stupid controversy over the color of a dress. It seems that some people think the dress, pictured above, is white and gold while others see it as blue and black. My own first instinct was to see the dress as white and gold but upon closer inspection, I realized it was likely blue and gold. Case closed? Not quite.

DON’T MISS: Warren Buffett, the world’s fourth richest man, has the diet of a 6 year old

When I asked my wife about it this morning, she laughed at me and said it was “clearly” blue and black. I told her that I got where the blue was but I said that, for the life of me, I could not see where she was getting black. She then proceeded to point to the gold parts of the dress and say, “See?! That’s obviously black!”

But I couldn’t see it. I still can’t see it. There is absolutely nothing black about this dress. Look again:

Where is the black?

Wired talked with some neuroscientists about this controversy and it turns out that the dress really might be blue and black after all, although my brain is apparently tricking me into thinking it’s blue and gold.

Regardless, I still cannot see black anywhere. This must be how my cat feels when it finally catches the laser pointer mark and realizes that she can’t actually sink her claws into it. It is not a good feeling.