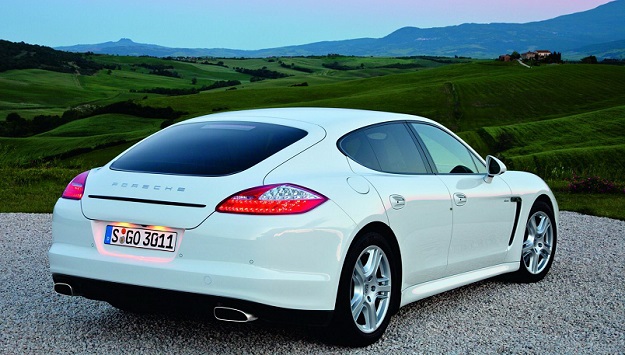 With Tesla proving that there’s a bustling market for electric cars, a number of more traditional automakers have started devoting tremendous resources towards electric car development. BMW is of course one such example, and just a few weeks ago we began to see rumblings that even Apple has plans to develop an electric car of its own.

Now comes word that Porsche is also toying with the idea of releasing an electric car. While Porsche is already one of the world’s top luxury automakers, the Volkswagen owned brand is reportedly interested in attracting a new subset of customers: Those who prioritize environmental cleanliness.

Related: Why Apple releasing an electric car makes no sense

Porsche AG may expand its growing lineup with a battery-powered vehicle to cater to demand for cleaner luxury vehicles and counter the rise of Tesla Motors Inc.

For an electric car, which would help the brand comply with tightening environmental regulations, Porsche is targeting a range of more 500 kilometers (310 miles) before needing to recharge, which shouldn’t take longer than a normal stop on a motorway, he said.

And while speaking in Stuttgart, Germany last week, Porsche CEO Matthias Mueller had nothing but kind words to say about Tesla.

“Tesla has built an exceptional car,” Mueller said. “They have a very pragmatic approach and set the standard, where we have to follow up now.”

Of course, nothing is official just yet, and it’ll be a while before more concrete information rolls in. Nonetheless, Porsche has been open about its plan to introduce a new car model to its product lineup by 2020. Given the growing popularity and influence of Tesla, it certainly stands  to reason that Porsche has its eyes on the electric car market. Indeed, if everything goes according to plan, the highly anticipated Tesla Model 3 will already be on the road by 2020.

What will really be interesting, though, is to see what type of electric car Porsche designs. Will it be a traditional sports car a’la the Tesla Roadster, or more of a luxury sedan a’la the Model S?