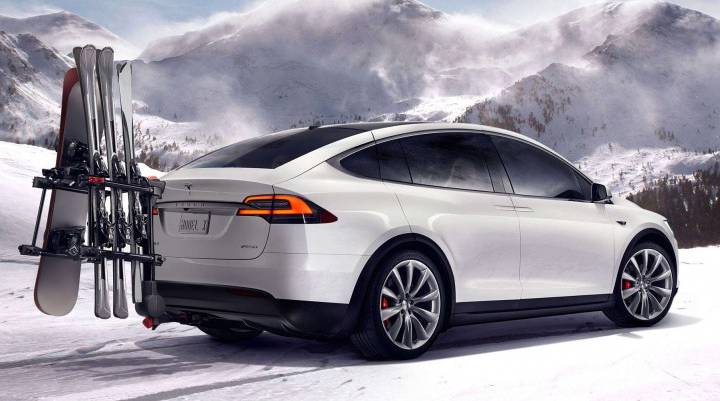 We’ve all been there before: You’re driving down the street minding your own business when a terrorist unleashes a deadly mutated strain of smallpox into the air. What do you do? Well if you’re driving a Tesla Model X you can press a button labeled “bioweapon defense mode” to help you escape the danger. Yes, really: The Model X actually has a bioweapon defense mode button.

During last night’s big Model X unveiling, Tesla CEO Elon Musk explained that pressing the bioweapon defense mode button would turn on the car’s air filter and deliver interior air quality “on the levels of a hospital room.” On its official Model X page, Tesla says that the car features “a medical grade HEPA filter strips outside air of pollen, bacteria, viruses and pollution before circulating it into the cabin.” The bioweapon defense mode works by creating “positive pressure inside the cabin to protect occupants.”

Tesla has shown that it’s not above adding ridiculous sounding features that sound like they come straight out of a sci-fi movie. This past summer, for instance, it added a feature called Ludicrous Mode to its Model S cars that allowed them to go from 0 to 60 miles per hour in just 2.8 seconds. “Ludicrous speed,” of course, is a term used to describe hyperspace travel in Mel Brooks’ sci-fi spoof Spaceballs. Maybe next year Musk will unveil a car that has a shark with a frickin’ laser beam attached strapped to the roof.