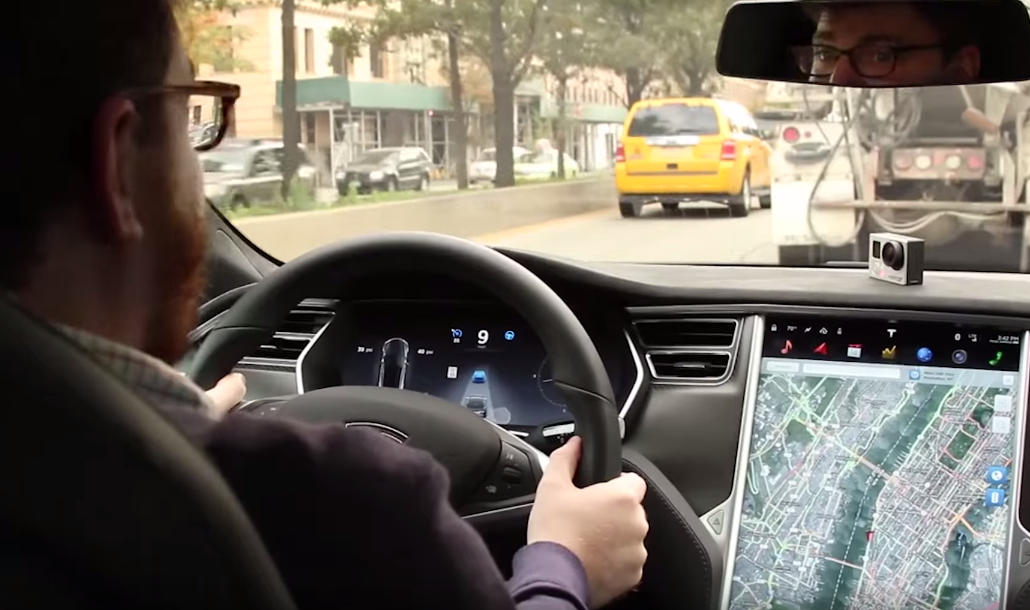 Earlier this week, Tesla released its new Model S software version 7.0 that gives its Model S cars the power to perform some neat new tricks including automatic lane changing and automatic parallel parking. Over the past day, the first videos showing these new tricks in action have started popping up on YouTube and they demonstrate that the Model S really does now change lanes for you when it detects that it’s safe to do so.

Our first video is from Jalopnik’s Michael Ballaban, who says he found the new software update’s features to be both “creepy and wonderful.” Ballaban spends most of the video looking both frightened and in awe as he lets the Model S do most of the driving work for him. In particular, he marvels at the way the car’s sensors constantly scan the environment around it and give him information about how close things are on its sides as well as the front and the back.

But the real fun comes when he enables automatic lane changing where the car waits until the lane he’s shifting into is clear of traffic before making its move.

“Oh my gosh, it’s changing lanes on its own!” he says with nervous excitement.

Our second video comes to us from the YouTube account of Tesla Turk. It’s not as interesting as Ballaban’s video because it was filmed on a highway at night that didn’t have a lot of cars, which makes the automatic lane change a bit less exciting. Nonetheless, it does show you how the car can change lanes on its own without the driver ever having to touch the steering wheel, which is a cool feat in and of itself. Check it out below.