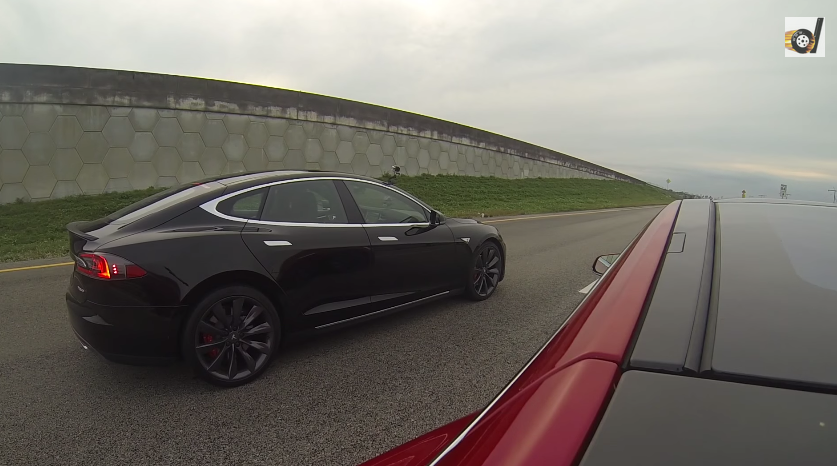 What’s particularly amazing about Tesla’s electric cars is how much they’ve improved in such a short period of time. If you want proof of this, then check out this video posted by DragTimes that shows a drag race between Tesla’s Model S P85 and its more recent Model S P85D.

As you can see, the new P85D absolutely smokes the P85 right out of the gate, which isn’t surprising since it can go from 0 to 60 miles per hour in an astonishing 3.2 seconds. The Model S P85D was unveiled this fall and is an all-wheel drive version of the original P85. Tesla’s Model S cars have only been on the road for two years so this kind of improvement in acceleration in such a short period is very impressive.

Early adopters have absolutely raved about the P85D, as one recently gushed that “you’re not used to experiencing that kind of speed” that you get when you first start accelerating the car. They also said that when they first started driving it they couldn’t stop “smiling and laughing” just because they enjoyed it so much. It goes without saying that we’re very much looking forward to whatever new tricks Tesla will have up its sleeve next year.