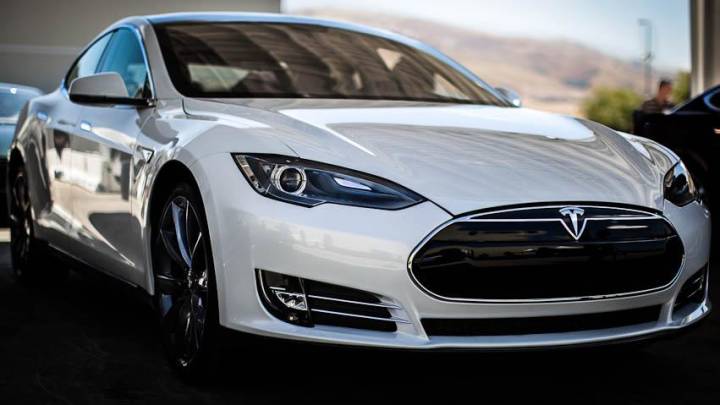 Tesla Motors has been a controversial company ever since it came into existence nearly a decade ago. How could a company, based in Silicon Valley, revolutionize the auto industry, taking on the likes of Ford, GM and Chrysler and change the way people think about cars? Fast forward 10 years later, and it’s Tesla that is leading the car market when it comes to hype, execution and media buzz, and it’s not just about electric cars either.

In Tesla’s second-quarter, the company delivered 5,150 Model S units, as interest surrounding its cars continues to accelerate. The company is now firmly profitable, and revenues are growing like a technology company, not a traditional car company. Discussing the company’s earnings, CEO Elon Musk, who’s as big a rock star CEO as there is today, said the company is seeing incredible demand for its product, and actually can’t make them fast enough.

Not only is Tesla firmly profitable, Tesla and Musk noted that Tesla is taking market share away from traditional automakers — and not just the high-end luxury cars the $58,750 Model S (the cars runs as high as $106,570) competes with. Both Musk and CFO Deepak Ahuja said that Tesla is seeing customers come from the Toyota Prius, Mercedes E-Class, Toyota Highlander, Volkswagen Jetta, Honda Motors Civic and Odyssey, and the BMW 5 Series.

It’s important to note Tesla is now reaching a larger market with the Model S, not just luxury car buyers. That’s something that should have every automaker, including the Big 3 from Detroit, taking notice.

As Tesla disrupts the electric car market and the car market in general, it’s forcing other manufacturers to ramp up their products, with some to not so good reviews. BMW, which has its own electric offering, the BMW i3, was criticized heavily by Musk on Tesla’s earnings call. “Well, I am glad to see that BMW is bringing electric car to market,” Musk said. “That’s cool. I think there is room to improve on the i3 and I hope that they do.”

Tesla has captured the mindset of the American public like very few companies, including Apple, have been able to do. Walk into a Tesla store in a mall and it’s sometimes more crowded than the Apple Store, which is saying something, especially considering you can’t even buy a Model S there. Tesla has built up incredible amounts of hype, and the company is delivering on that and then some to the consumer.

Aside from the Model S, Tesla has the Model X SUV vehicle coming in late 2014, and the third-generation vehicle which is slated for 2016 or 2017. Tesla’s path to capturing the mindset of the American and soon, the international car buyer is now paved with Superchargers, battery cells and an electric engine, not a gas tank and internal combustion engine.