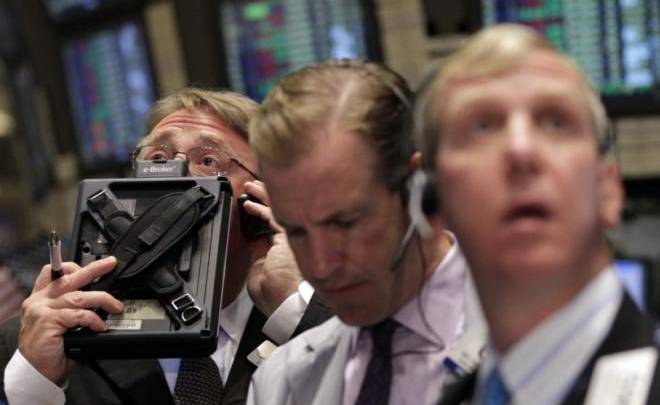 If you’re scratching your head at how Apple (AAPL) shares can crash from $700 to just $450 over the span of just a few months despite posting enormous profits while Amazon’s (AMZN) shares can soar to new heights despite recording a yearly loss, you aren’t alone. The Street’s Eric Jackson recently spoke with several big-name Silicon Valley venture capitalists and discovered that most of them view the tech stock market as either irrational or rigged. Or put another way, many Silicon Valley bigwigs are just as bewildered by how Wall Street views the tech industry as the rest of us non-MBAs are.

Among other things, Jackson discovered that many tech VCs think the tech stock market is “manipulated,” that stock investors are too emotional and are prone to impulsively buying or selling based on noise, and that the whole market looks more like a “casino” than anything else.

“[The VCs said that] you cannot ‘invest’ in a company once it’s public because it has no basis in reality to the inherent value it is creating,” Jackson observed. “Instead, they thought the stock price was simply a reflection of peoples’ perceptions of how a stock would move in the future. In other words, it’s a perception of a perception. They couldn’t understand how they had an edge in that kind of environment.”

For his part, Jackson said he was “surprised” that so many people who invest money for a living would take such a dim view of publicly traded equities, especially since they came across more as “a group of 60-year-old retirees from Des Moines commenting about how crazy Wall Street is.” While this certainly may be true, Jackson may also want to look at some of the professional analysts who gave Apple shares a $1,111 price target and wonder if maybe, just maybe, the Silicon Valley VCs have a substantive point.