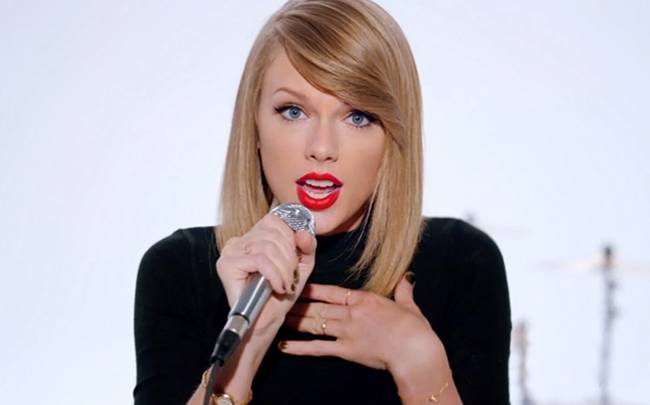 Are “Shake It Off,” “Blank Space” and “Out of the Woods” written in a secret language that actually tells the life story of an imprisoned sex offender? That’s what 35-year-old Jose Hilario is alleging in a handwritten lawsuit against Swift, as Philly.com informs us.

RELATED: Video reveals Taylor Swift’s secret tricks for getting ‘Shake it Off’ stuck in your head

Oh, and for good measure, he claims that Swift had pledged to help him out with whatever legal troubles he had.

In exchange for Swift supposedly using his story as inspiration for her lyrics, Hilario now says he wants… wait for it… $100 million. To which we say, “Why stop there?” If you’re going to claim that 2014’s most popular record is a hidden concept album about the life of a hallucinatory sex offender, why not sue for $894 kajabiltrillion?

This got us to take a look at some of the lyrics on 1989 to determine if Hilario actually had a point. We can see it a bit in the first verse of “Blank Space,” we’ll admit…

Nice to meet you
Where you been?
I could show you incredible things
Magic, madness, heaven, sin
Saw you there and I thought oh my god
Look at that face, you look like my next mistake

…but by the chorus the links become tenuous because we really doubt Hilario has “a long line of ex-lovers,” although if he did, we’re pretty sure they would in fact declare him insane.