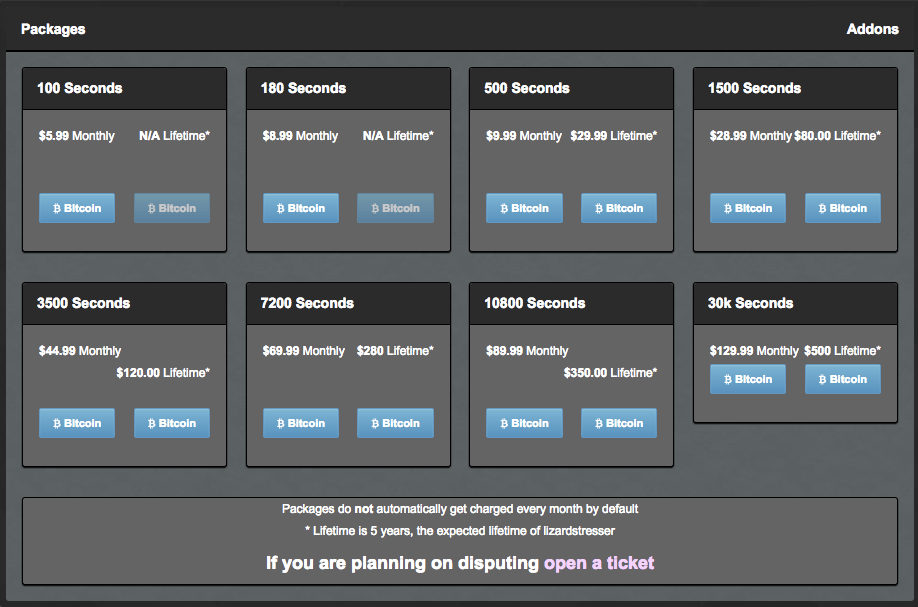 The latest scheme by Lizard Squad makes the Xbox Live and PSN service disruption look like child’s play. CNN reports that the hacker group launched the Lizard Stresser website this week, allowing anyone who pays the low price of $5.99 to launch a potentially devastating DDoS attack on a website of their choosing.

Shortly after the attacks on Sony and Microsoft’s online services ended, Lizard Squad revealed that the disruption had been little more than a marketing scheme for its new DDoS tool. Described as a tool that can be used to test whether or not your website could withstand an attack, it’s hard to imagine that the intent isn’t slightly less noble.

Lizard Stresser lets customers take down specific IP addresses for anywhere between 100 seconds (which costs $5.99) and 8 hours ($129.99). Lizard Squad states in the FAQ for the site that the stresser currently averages 5Gbps of traffic with a maximum of up to 20Gbps.

It’s easy to use too —  all you need is the port, IP address and a proposed time in order to launch the attack. If you have any issues, Lizard Squad will even offer tech support to guide you through your destructive (and probably illegal) journey. But, of course, that’s not what the stresser is for:

“Permission is granted to stress test dedicated servers and networks owned by you,” Lizard Squad explains in the FAQ. “This is the opportunity to make your firewalls better, not to misuse against the law.”