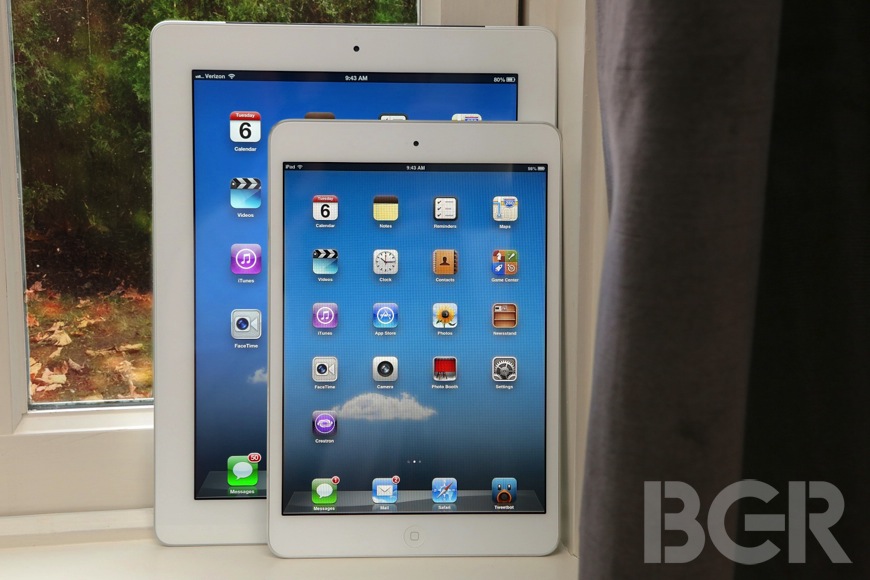 Apple reinvigorated the media tablet market when it launched the iPad in 2010, and it created a multi-billion dollar industry that most consumer electronics companies are still scrambling to grab a piece of. As rivals toyed with various tablet sizes in an effort to put some space between their offerings and the iPad, Apple once again managed to find a new sweet spot in 2012 with the iPad mini’s 8-inch display: According to China-based market research firm TrendForce, the iPad mini and new tablets with similar screen sizes will grow to control 11.9% of the tablet market in 2013.

Tablets with 8-inch displays will be “the next battle field among brands” in 2013, the firm said in a new report released on Tuesday.

“Currently, the 7” tablets show remarkable diversity and even can be described as flooding, and the price-cutting among brands results in an unprofitable scorched earth for the 7,” TrendForce analyst Eric Chiou said.

The narrow bezels on 8-inch tablets allow for large displays with relatively small overall footprints, and this makes them very appealing compared to 7-inch tablets. As smartphones continue to get larger — Samsung recently announced a handset with a 6.3-inch display — 7-inch tablets are becoming less desirable. The demand for tablets with smaller footprints than 10-inch slates remains, however, and TrendForce believes 8-inch tablets will meet that demand in 2013.

TrendForce expects new 8-inch slates from Samsung, Acer, HP, Lenovo, Asus and other companies this year, and the emerging market segment will account for an estimated 11.9% of all tablets shipped in 2013, up from just 2.6% in 2012.