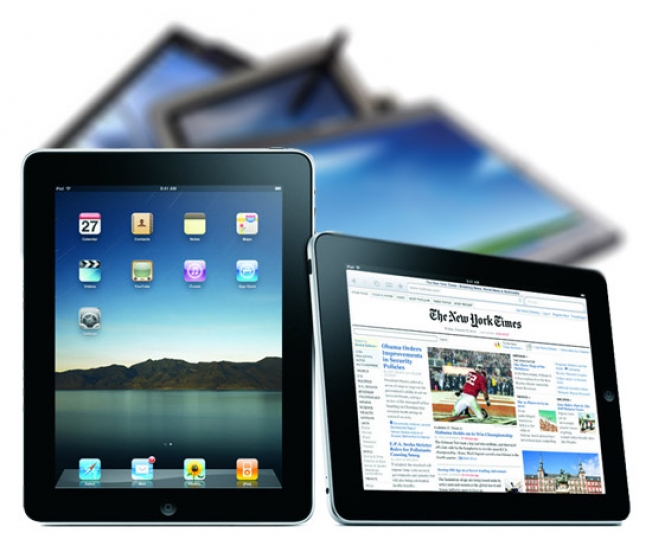 Despite IDC’s report of a marginally better than expected outcome for PC sales last quarter, the personal computer is still in big trouble. Gartner’s latest projections of electronic device shipments for 2013 predict an 11.2% drop for traditional PC sales down to 303 million units in 2013 and an 8.4% drop for the entire PC market. On the other hand, tablet shipments are expected to grow by a monstrous 53.4% this year to 184 million units. Growth in the tablet market is expected to be even larger in 2014 as tablet sales come closer than ever to overtaking PC sales. In fact, the margin between PC and tablet shipments is expected to close from a nearly 120 million unit deficit to just over 18 million units by next year. Although the significant losses in the PC market are worrisome and mobile phone shipments are finally beginning to slow down, “worldwide combined shipments of devices” are still expected to see a 4.2% increase in 2013. Gartner’s full press release follows below.

Worldwide combined shipments of devices (PCs, tablets and mobile phones) are projected to reach 2.32 billion units in 2013, a 4.5 percent increase from 2012, according to Gartner, Inc. The market is being driven by a shift to lower-priced devices in nearly all device categories.

Worldwide shipments of traditional PCs (desk-based and notebook) are forecast to total 303 million units in 2013, an 11.2 percent decline from 2012, and the PC market, including ultramobiles, is forecast to decline 8.4 percent in 2013 (see Table 1). Mobile phone shipments are projected to grow 3.7 percent, with volume of more than 1.8 billion units.

Tablet shipments are expected to grow 53.4 percent this year, with shipments reaching 184 million units. Premium tablets are faced with continued price decline in the 7-inch form factor as a larger number of consumers prefer smaller form factors when it comes to content consumption. A recent consumer study that Gartner conducted in Brazil, China, France, Germany, Italy, the U.K., the U.S. and Japan confirmed Gartner’s long-standing assumption that smaller is better when it comes to consumer tablets. The survey showed that the average screen sizes of the tablets in use across the countries ranged from 8.3 inches to 9.5 inches. Forty-seven percent of the 21,500 consumers surveyed owned a tablet that was 8 inches or less.

As the third-quarter earnings season comes to an end, it is clear that our caution for 2013 was well placed as vendors are transitioning their portfolios to the new Intel processors Bay Trail and Haswell, as well as rolling out products that are based on the Windows 8.1 release.

“While consumers will be bombarded with ads for the new ultramobile devices, we expect their attention to be grabbed but not necessarily their money,” said Carolina Milanesi, research vice president at Gartner. “Continuing on the trend we saw last year, we expect this holiday season to be all about smaller tablets as even the long-term holiday favorite — the smartphone — loses its appeal.

“Although the preference is for dedicated devices, we see the opportunity for hybrid ultramobile to marry the functionality of a PC and the form factor of the tablet. Users that have to balance work and play will find that the advantage of buying and carrying one device outweighs the compromise in the full experience that single devices can deliver,” said Ranjit Atwal, research director at Gartner. “Users who are not limited by their disposable income will likely have a basic tablet as a companion device to their ultramobile on which most of their consumption activities will take place.”

The mobile phone market will continue to experience steady growth, but the opportunity for high average selling price (ASP) smartphones is now ending. Growth is expected to come from mid-tier smartphones in mature markets and low-end Android smartphones in emerging markets.

Microsoft’s acquisition of Nokia doesn’t have a major impact on the forecast, because Gartner already assumed that Nokia would have accounted for the vast majority of Windows Phone share throughout the forecast, with only minimal volume coming from other OEMs, such as HTC or Samsung.

“Windows Phone challenges in the smartphone market remain the same, with the need to bring on board more developers and enrich the ecosystem, as well as turning the Windows Phone brand into a cool smartphone brand. While there are clear benefits to the acquisition, such as channel strength, carrier relationship and emerging-market knowledge, the brand and ecosystem do not directly benefit from it,” said Ms. Milanesi.

The end of Windows XP support in 2014 isn’t expected to impact device sales, as Gartner says 90 percent of large enterprises have either migrated or are migrating to Windows 7 or Windows 8.

Android will remain the leading device operating system (OS), as it is on pace to account for 38 percent of shipments in 2013 (see Table 2). The Windows OS is projected to decline 4.3 percent in 2013 as a result of the decline in traditional PC sales, but will return to growth in 2014 with device OS shipments increasing 9.7 percent.

“For wearables to be successful, they need to add to the user experience by complementing and enhancing what other devices already offer. They also need to be stylish yet practical, and most of all hit the right price,” said Ms. Milanesi. “In the short term, we expect consumers to look at wearables as nice to have rather than a “must have,” leaving smartphones to play the role of our faithful companion throughout the day.”