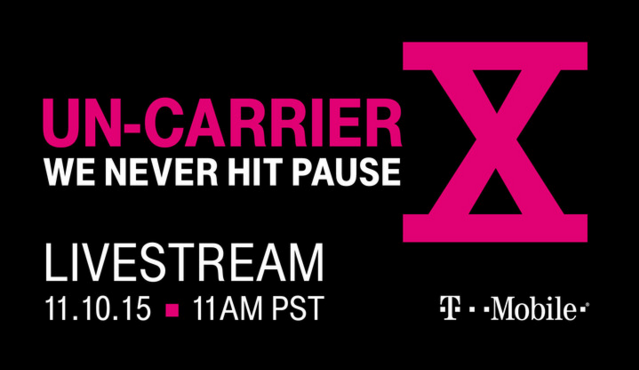 T-Mobile is set to take the stage once again today in Los Angeles for its tenth Un-carrier event and the second of the year. T-Mobile refrained from releasing any specifics regarding the event, but we do know that both CEO John Legere and COO Mike Sievert will make appearances during Un-carrier X.

You’ll only have to wait a few more minutes to find out how T-Mobile plans to “rewrite the rules of wireless,” but late last month, famed leaker Evan Blass announced on Twitter that T-Mobile is going to unveil support for unlimited high-speed video streaming for select streaming services, including Netflix and HBO Now.

There hasn’t been any further confirmation, but as you can see in the imagine above, the tagline for the event is: “We never hit pause.” It would make complete sense if the carrier was referring to video streaming.

Regardless of whether the rumor is true, we’re sure to hear plenty about T-Mobile subscriber numbers as well as new initiatives from the carrier when Un-carrier X kicks off at 2 p.m. ET. You can watch live streaming video from the event below: