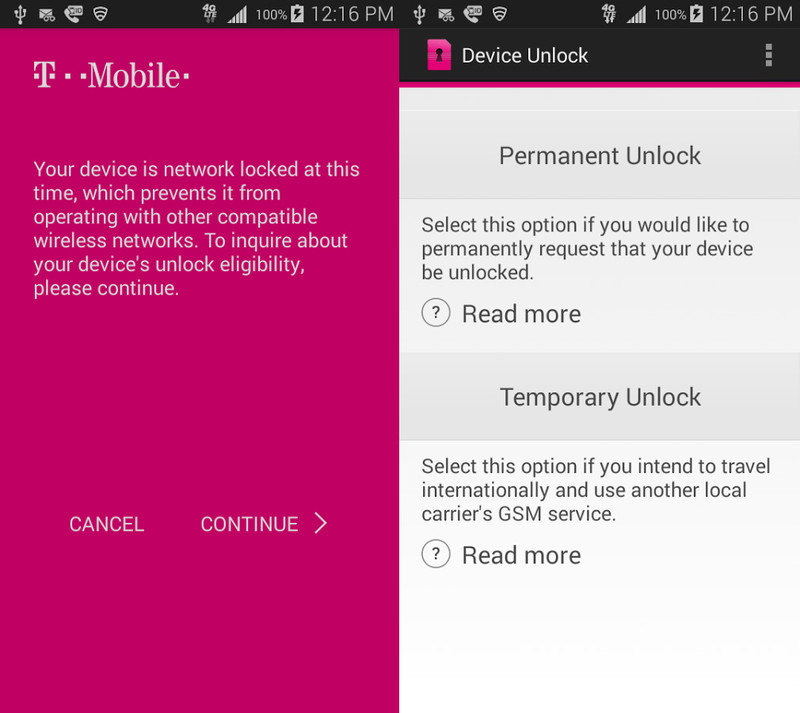 Now that cell phone unlocking is again legal in the U.S., many smartphone users may be interested in unlocking their devices, either for carrier switching purposes, or for selling their old devices that were purchased with a new contract, and thus were locked to a certain operator. Luckily, for T-Mobile subscribers, there’s an app for that which was specifically conceived by the carrier to allow users to easily unlock a handset. However, the app has one huge limitation.

The SIM unlock application, recently detailed in a report by TmoNews, has been discovered by Android Central, which revealed that it only works on a single device for the moment.

Smartphone users who own the Samsung Galaxy Avant can use the app to unlock the handset, but that’s about all users can do.

The app, simply called Device Unlock, is available in the Google Play Store as a free download, and while it can be installed on other Android devices, it won’t let users unlock them just yet.

However, the description of the application seems to indicate that support for other devices may be coming in future updates. “Device Unlock is an application that allows you to request and apply a Mobile Device Unlock directly from the device. The application is compatible only with Samsung Avant devices at this time,” the app’s description reads.

An iOS version of Device Unlock is not available in the App Store.

UPDATE: In order for the Device Unlock app to actually work, certain conditions still have to be met, as explained on T-Mobile’s handset unlocking help page that hasn’t been updated since May 1, long before the new cell phone unlocking bill was signed into law. It’s not clear at this time whether the unlock process would become simpler in the future.