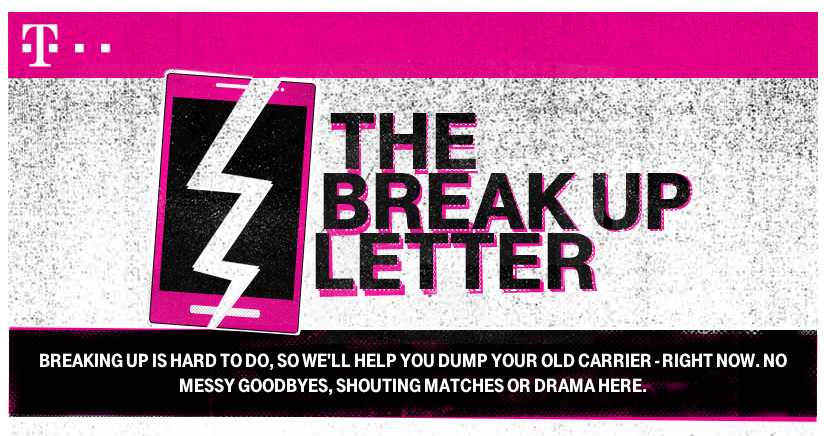 T-Mobile just keeps coming up with new ways to bash its rivals. The company on Wednesday unveiled a new way for customers to send their current carriers a “breakup letter” informing them that they’re being dumped for T-Mobile. You can start your breakup letter on Facebook by choosing your wireless carrier and then choosing a reason for the breakup (i.e., “I’m tired of you hiding things from me,” “I’m tired of you using me for money,” etc.). After that you can tell them the reason you’re switching to T-Mobile, which can include “They listen to me,” “They try new things” and “They won’t try to control my life.” T-Mobile unveiled the new “breakup letter” as part of its Uncarrier 4.0 initiative where it said that it would pay off early termination fees for families who switch over from rival carriers.