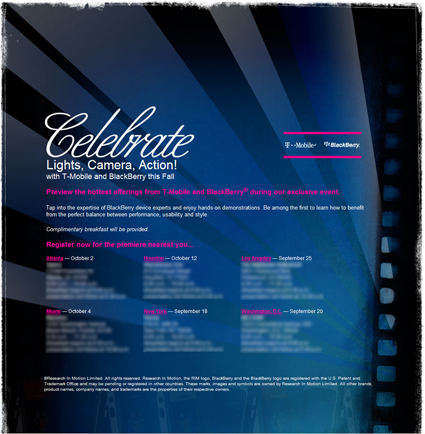 If you thought T-Mobile really didn’t have any BlackBerrys up their sleeve, you were wrong. Set to start on September, 18th in NYC, RIM and T-Mobile will be hitting the road across the USA to preview their "hottest offerings". The list of cities they hit are: Atlanta, Houston, Los Angeles, Miami, Washington D.C., and New York. Oh yeah, you get a complimentary breakfast so your hands get all greasy when your enjoying a "hands-on demonstration". Noice! Full size invite after the jump. 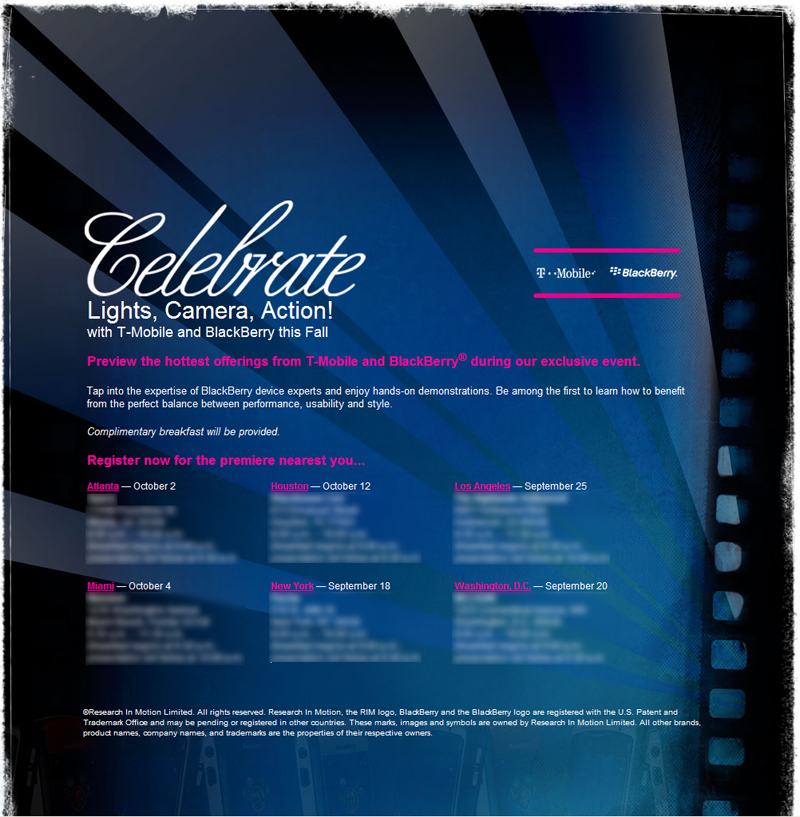