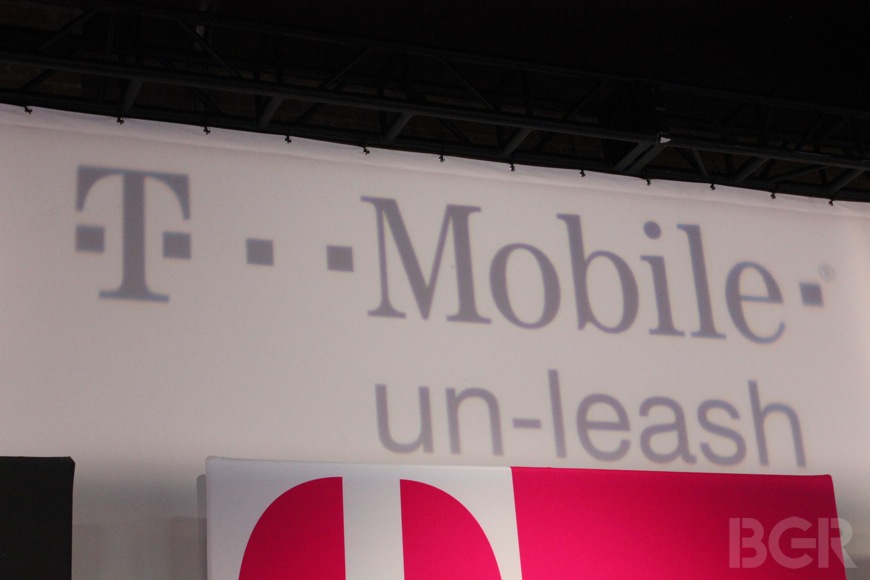 T-Mobile on Tuesday launched its new 4G LTE network in seven markets, including Baltimore, Houston, Kansas City, Las Vegas, Phoenix, San Jose and Washington DC, with plans to cover more than 100 million people by the middle of 2013 and 200 million customers by the end of the year. The company’s president and CEO, John Legere, also revealed that the high-speed network will go live in New York City “by early summer,” however we were allowed an early hands-on look during the company’s press event. Read on to see how T-Mobile’s 4G LTE network performs.

T-Mobile will offer at least five LTE-equipped smartphones in the coming months: The Galaxy Note II and BlackBerry (BBRY) Z10 are available now, while the iPhone 5 will be available on April 12th, the Galaxy S 4 on May 1st and the HTC One later this year.

I tested the company’s LTE network on the Galaxy Note II, iPhone 5 and HTC (2498) One, and was blown away by its speed. It goes without saying, of course, that these speeds were achieved when only 50 or so people were using the network and won’t be representative of how fast the network will be for most users when it actually launches.

All the same, there was a lot to be impressed by. The Galaxy Note II averaged download speeds of 60 Mbps and upload speeds above 20 Mbps, higher than LTE speeds on my Galaxy Nexus, which have peaked around 45 Mbps down and 17 Mbps up. Although still impressive, speeds on the HTC One weren’t as fast as the Galaxy Note II. A T-Mobile representative claimed it was because the One was a preproduction model, nevertheless we still experienced average speeds of 36 Mbps down and 20 Mbps up.

T-Mobile’s variant of the iPhone 5 will be offered for $99 with monthly payments of $20 for 24 months. The device supports both the company’s HSPA+ and LTE networks, and also includes HD Voice capabilities, however you will need another HD Voice-capable device to take advantage of the feature. LTE data speeds on the iPhone 5 were similar to its Android rivals, peaking at 43 Mbps down and 14.38Mbps up.

The nice thing about T-Mobile’s network is what happens when you are in an area where LTE is unavailable. The company has spent more than $4 billion to expand its HSPA+ network to more than 200 million Americans in over 229 markets nationwide. When LTE is unavailable, T-Mobile customers won’t have to deal with dreadfully slow 3G speeds as Verizon (VZ) customers do and will instead fall back onto the company’s HSPA+ network, which has average download speeds of 7.3 Mbps and upload speeds of 1.5 Mbps.