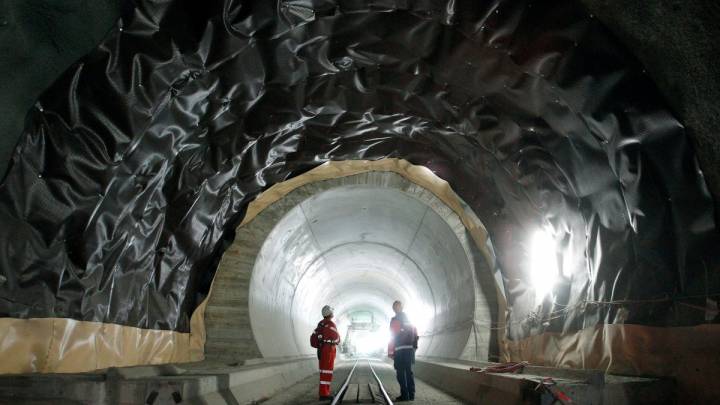 What do you do when pesky mountains hinder your ability to transport people and goods as fast as possible between various destinations? Some countries will build railways around those mountains, but if you’re Switzerland, and you have to deal with your Alps, you just go ahead and build the world’s largest tunnel even if it takes more than 15 years to do it.

The new route will save voyagers one hour of travel time, as trains will speed through the Gotthard Base Tunnel at speeds of 150mph. The tunnel is a vital link between Switzerland and Northern Italy, as Business Insider reports, and is also of primary importance for Central and North Western Europe, a densely populated region inhabited by approximately 111 million people.

The two parallel single-track Gotthard train tunnel project cost Switzerland $10.3 billion, with building having started in 1999. Almost 2,000 workers, of which eight died during construction, excavated 31 million tons of earth from underneath the Alps using four boring machines that can cut through nearly 100 feet of solid rock per day. The building started at both ends of the tunnel, with teams reaching the midpoint in 2010.

Some images showing the Gotthard tunnel during various stages of construction are available below, with more available at the source link.