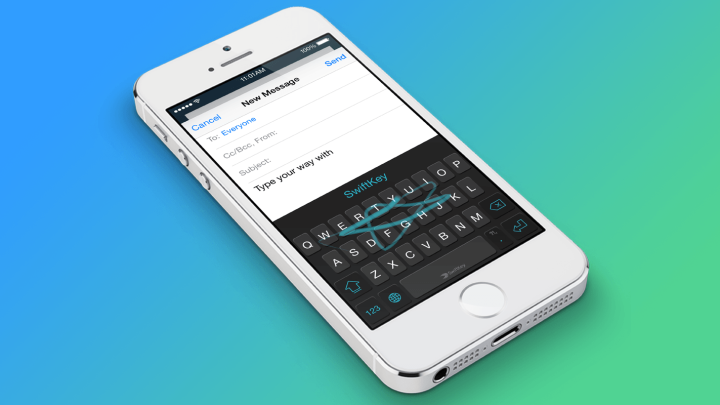 For a long time now, I’ve been a big fan of SwiftKey, which I’ve found to be the most reliable third-party smartphone keyboard around. This week I was excited to see that my favorite smartphone keyboard is working on a major project that will make it smarter than ever before. Dubbed SwiftKey Neural, this experimental new keyboard software uses technology that “is based on the use of neural networks, a subfield of artificial intelligence inspired by the structure and operation of the human brain,” the company explains.

So what does this mean for people who use the app? SwiftKey is betting that using neural networks will be able to more accurately predict what you’re going to type by drawing more meaningful connections between words instead of just offering a list of words that are commonly used in sequence. This would mean understanding context and sentence structure and figuring out what you want to say before you’re finished saying it.

Here’s an example that SwiftKey offers of how this will improve predictive typing capabilities:

Having seen the phrase ‘Let’s meet at the airport” during training, the technology is able to infer that “office” or “hotel” are similar words which could also be appropriate predictions in place of “airport”. Further, it understands that “Let’s meet at the airport” has a similar sentence structure to “Let’s chat at the office”. This intelligence allows SwiftKey Neural to offer the most appropriate word based on the sentence being typed.

You can try out this new keyboard yourself if you have an Android phone with Android 4.4 KitKit or higher and can download it from SwiftKey’s own Greenhouse website where it tests out experimental projects. A video about SwiftKey Neural follows below.