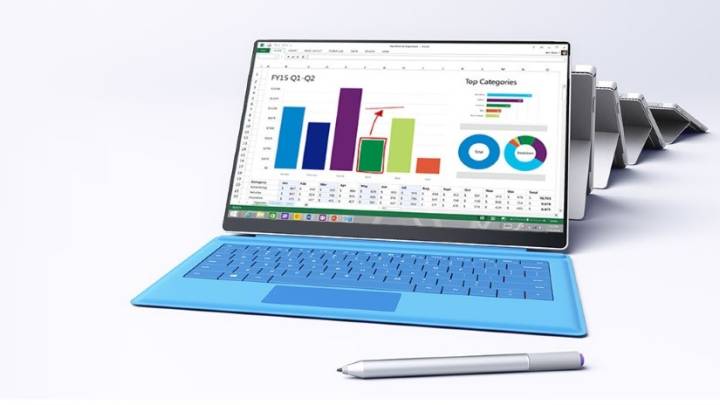 Microsoft will soon unveil the Surface Pro 4, a high-end next-generation Windows 10 laptop/tablet hybrid, and a new report indicates the device will gate an insanely cool display feature that will allow Microsoft to increase the tablet’s screen size without increasing the overall size of the device.

The Surface Pro 4 is tipped to have an almost bezel-less display, and feature new “smart frame” technology that will let Microsoft change the size of the screen depending on what the tablet is being used for at any given time. According to Arabic-language site W4pHub, the Surface Pro 4’s screen bezel will resemble the Dell XPS 13’s screen, which is pictured in the image at the top of this post.

The device will have an almost non-existent bezel on top and sides, and it’ll only be visible on the bottom. In laptop mode, the screen size will measure 13 inches diagonally, while in tablet mode, the screen will be reduced to 12 inches thanks to the smart frame feature. Presumably, the change in display size is meant to let users hold the device comfortably when using it as a tablet, so that the screen doesn’t register accidental touches on the outer edges of the display.

More details about this smart frame feature aren’t available at this time, but Microsoft will announce the new Surface Pro during a special press conference on October 6th.