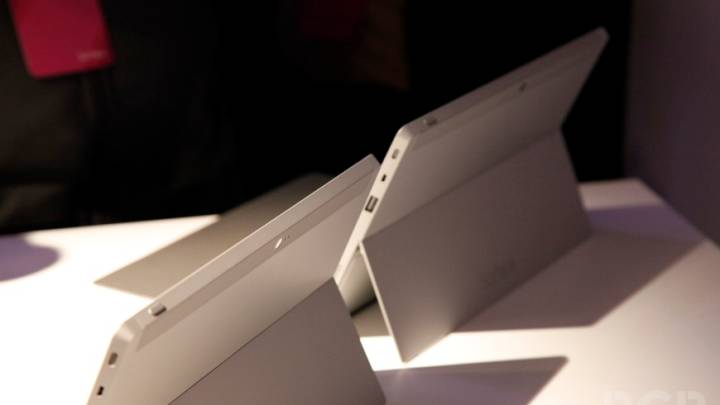 Microsoft is expected to unveil a Surface mini next week during a special media event, possibly alongside other Surface products, according to a recent Bloomberg report. One of these devices may be the Surface Pro 3, The Verge reports, as the unreleased device has been spotted on a Microsoft Windows 8.1 support page published on Tuesday.

“An update is available that adds support to the Surface Pro 3 camera,” the document reads, although the Surface Pro 3 device is yet to become official. There’s always the possibility that “Surface Pro 3” is actually a typo, but multiple sources expect Microsoft to release more Surface tablets soon, not just the mini version.

The current-generation Surface Pro 2 uses an Intel Haswell chip, but it would make sense to see a new Surface Pro model released to take advantage of an even more efficient Haswell processor. Similarly, Apple has just released new MacBook Air versions, an overall minor update compared to 2013 models. This year’s Airs pack a new Haswell chip version that offer slightly improved performance and battery life, and sell for $100 less than their predecessors.

Microsoft’s press conference will take place on May 20, and BGR will be reporting live from the company’s Surface event.