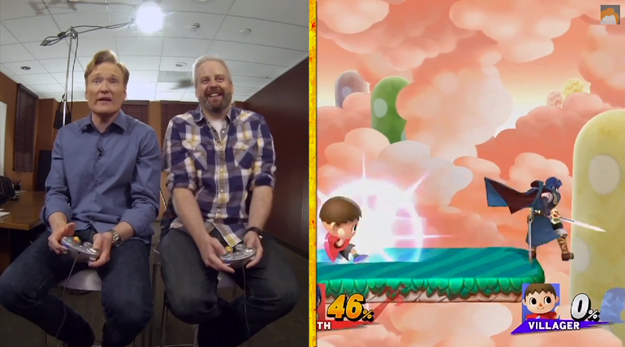 There will be a flood of reviews that washes over the web once Nintendo finally releases Super Smash Bros. for the Wii U later this year. You’ll even find one of them here on BGR, of course. But truth be told, there’s only one review of Nintendo’s next-generation Super Smash Bros. game that you really need to see, and it already ran.

The one and only Conan O’Brien was recently given an early preview of one of the most highly anticipated games of the year. Armed with a Wii U, a “nerdy” assistant and an early copy of Super Smash Bros., Conan delivered 9 solid minutes of comedy.

Of course, there’s also plenty of gameplay mixed in, so eager fans waiting for the game to finally launch this holiday season have that to look forward to as well.

No spoilers here — the full review from Conan is embedded below.