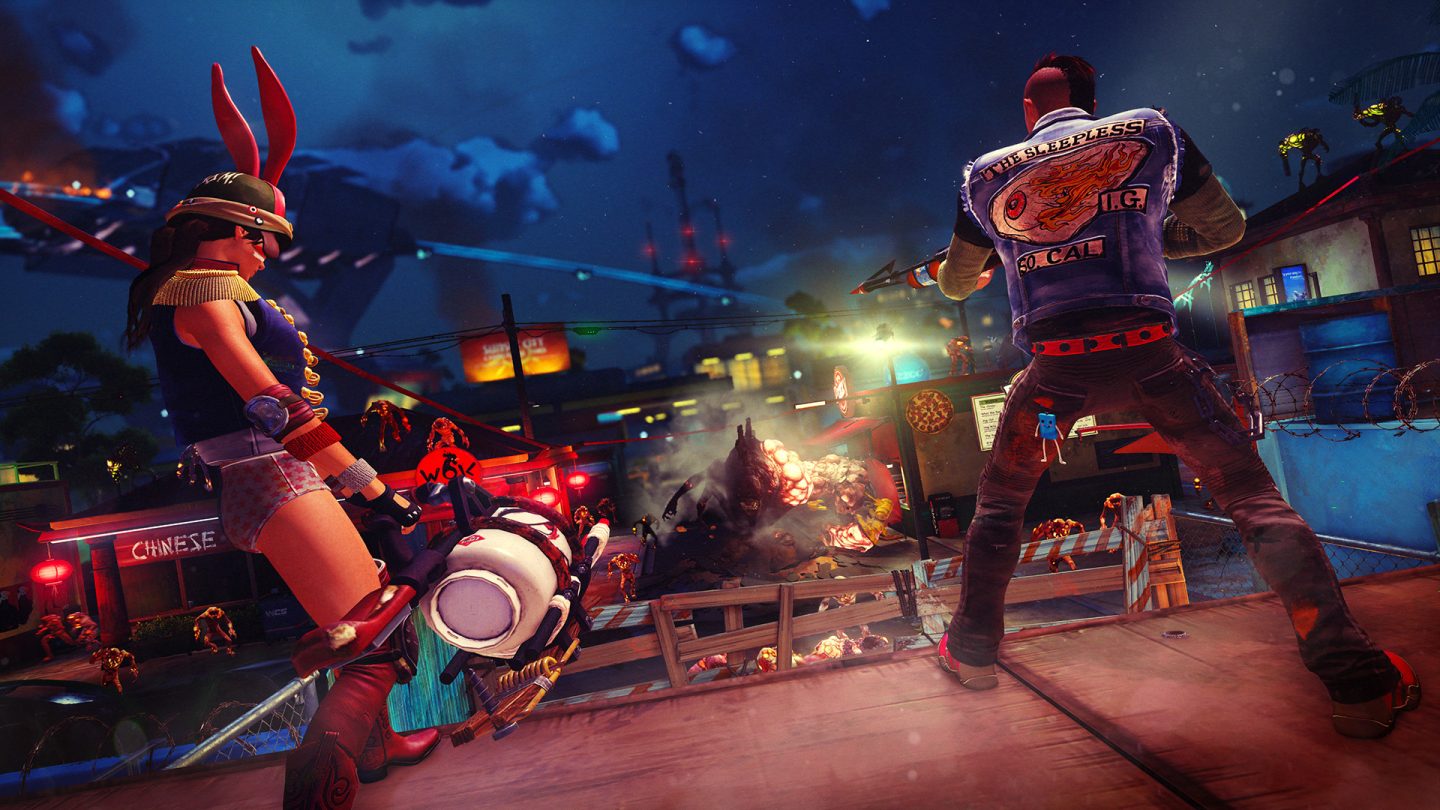 Sunset Overdrive is one of our most anticipated games of the year, but we haven’t seen a whole lot of it through the first half of 2014. The walls finally came down at E3 2014 as the press went behind closed doors to see the game up close and personal while everyone else had the chance to go hands-on with the Chaos Squad mode on the show floor. In case you weren’t in attendance at E3, Microsoft just published the first official video preview for the cooperative multiplayer mode of this Xbox One exclusive, showcasing the assortment of activities players will have at their disposal.

Jumping into multiplayer is simple in Sunset Overdrive — once you receive an invite from your friend to join their Chaos Squad, just walk over to the nearest photo booth in the game world and you’ll be transported to their squad, fully equipped with everything you were carrying in single player. Once a few players have teamed up, you’ll be given a choice of two different missions, each of which have vastly different objectives and rewards.

After a few missions, your team will face the culminating event of the multiplayer mode: Night Defense. In Night Defense, your team will have to defend against relentless waves of enemies by setting up traps, maneuvering skillfully around the level and, of course, shooting them in the head. If you survive, you’ll be handsomely rewarded with goodies you can bring back to the single player campaign.

Check out Chaos Squad in action below.