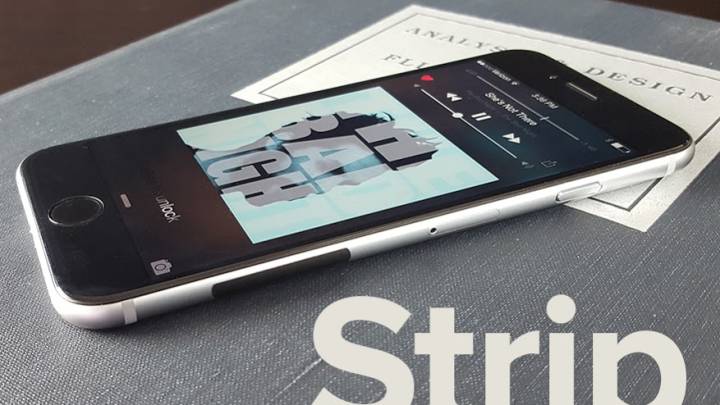 There are two camps when it comes to smartphone safety. Some phone owners want to keep their phones safe at whatever the cost, even if it means squeezing the device inside of the mess of plastic and rubber that constitutes a case.

Others are willing to risk fall damage because they can’t stand covering up that beautiful piece of hardware that costs upwards of $600 without a contract.

Members of the second camp: We have something you might want to see.

SEE ALSO: iPhone 7 may launch as soon as next summer, report claims

Late last month, engineer Nathan Cobb started a crowdfunding campaign on Kickstarter for the “case alternative” he invented called Strip. It’s exactly what it sounds like, too — a pair of silicone pads that you stick on the sides of your phone in order to gain some traction and eliminate any slipperiness.

Now, it might not look like much… but that’s kind of the whole point. You can still easily slide your phone in and out of your pocket and you don’t have to cover up it’s design, but you’ll also be able to use your phone one-handed without being terrified of dropping in and cracking the display.

If you want to give this anti-slip accessory a try, you can pledge $7 to the campaign for two pairs of Strips, which are expected to ship in December. Check out the (goofy) campaign video below: