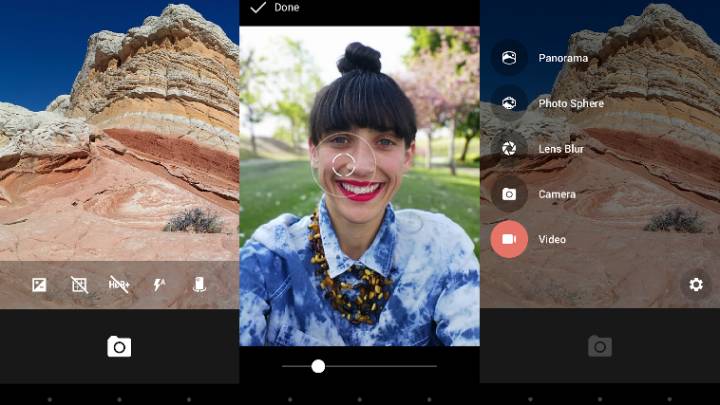 Google on Wednesday updated the stock Android Camera app and made it available to other Android devices by releasing it to the Google Play Store. The application comes with a new interface and some interesting new features including a new Lens Blur mode, support for 50-megapixel Photo Sphere panoramic pictures, and a feature that should help users ditch their bad habits of recording video in portrait mode. However, the application will only work on Android devices running a KitKat version.

With Lens Blur, users will be able to “emphasize the subject while blurring the background for an SLR-like shot with shallow depth-of-field (or bokeh),” according to Google. “You can even change the subject in focus after taking the shot,” wrote on Google+. “We’re just getting started, and in the months ahead we’ll make Google Camera available to more devices, helping make photography easier, faster and more fun.”

In order for users to take 50-megapixel Photo Sphere panoramic pictures, they’ll have to set the resolution of pictures to Maximum quality in the settings.

Finally, the app includes a neat trick that shows Google isn’t happy either with all those portrait videos taken with mobile devices. When recording a video in portrait mode with the new app, a visual element appears on the screen reminding users to turn the smartphone and record in landscape mode. A video showing this feature follows below.