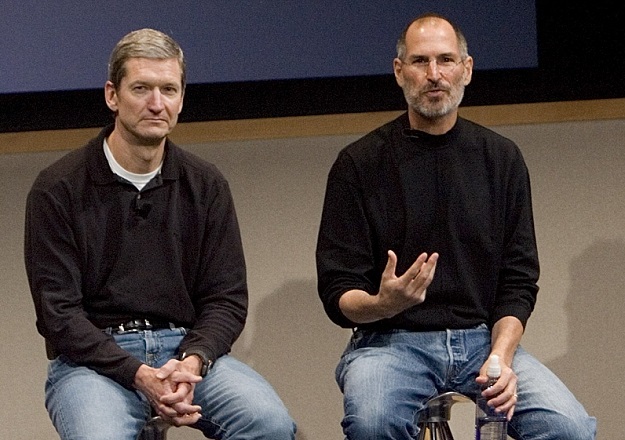 Apple CEO Tim Cook has shared more details about how Steve Jobs let him know he was the pick to lead the company, Fast Company revealed in a piece that’s based on the upcoming book “Becoming Steve Jobs: The Evolution of a Reckless Upstart into a Visionary Leader” that hits stores on March 24th.

“What do you really not want to do that you’re not doing?,” Cook asked Jobs on August 11th after finding out that he had been chosen as next in line, with Jobs supposed to take over as chairman of the board.

“You make all the decisions,” Jobs replied to Cook, which prompted a series of questions from Apple’s then-COO supposed to incite him.

“You mean that if I review an ad and I like it, it should just run without your okay?” Cook asked Jobs. “Well, I hope you’d at least ask me!” Jobs then said.

The new book reveals many other unknown anecdotes about Jobs, with Cook in particular making sure to emphasize Jobs’ more human side.

“This picture of him isn’t understood,” Cook said. “I thought the [Walter] Isaacson book did him a tremendous disservice. It was just a rehash of a bunch of stuff that had already been written, and focused on small parts of his personality. You get the feeling that [Steve’s] a greedy, selfish egomaniac. It didn’t capture the person. The person I read about there is somebody I would never have wanted to work with over all this time. Life is too short.”

The book also reveals that CEO succession plans had been in motion at Apple since 2004 – Cook had run the company twice, in 2004 and then in 2009 while Jobs was on medical leaves – and that Cook would also pick his successor from inside Apple rather than going to someone unfamiliar with Apple’s way of doing things.

“If I were leaving this afternoon I’d recommend an inside candidate, because I don’t think there’s any way somebody could come in and understand the complexity of what we do and really get the culture in that deep way,” Cook said, further reinforcing the idea that Jobs wasn’t looking for a perfect replica of himself.

“Apple would not be served well to have a CEO who wanted to or felt like they needed to replace him precisely. I don’t think there is such a person, but you could envision people trying. He knew that I would never be so dumb as to do that, or even feel that I needed to do that,” he said.

Fast Company‘s full book preview is available at the source link, while “Becoming Steve Jobs…” can already be preordered from Amazon both in printed and digital form.