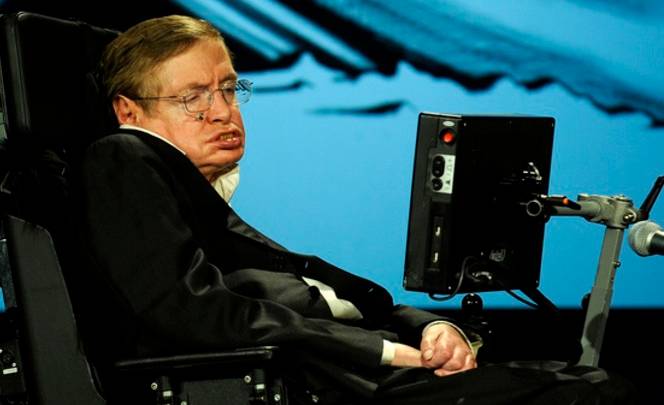 Those of us who were raised on science fiction shows and books know that black holes are something to be avoided since they will inevitably suck your spaceship into an infinitely dense void from which nothing — not even light — can escape. However, physicist Stephen Hawking has proposed a new theory about black holes that suggests they not be as all-powerful as we once thought, although you still would never want fly into one.

New Scientist reports that Hawking this week told an audience at a public lecture in Stockholm, Sweden that “if you feel you are in a black hole, don’t give up… there’s a way out.”

What is Hawking talking about, exactly? One thing astrophysicists have been debating for decades is exactly what happens to objects when they fall into a black hole. Quantum mechanics tells us that matter cannot be destroyed but New Scientist says that the general theory of relativity suggests otherwise when it comes to entering black holes.

Hawking, however, has figured out a way to resolve this seeming paradox: He doesn’t think matter ever actually enters a black hole but instead stays in the event horizon that surrounds the perimeter of the black hole.

To read about this  wild theory in more detail, check out New Scientist’s full article here.