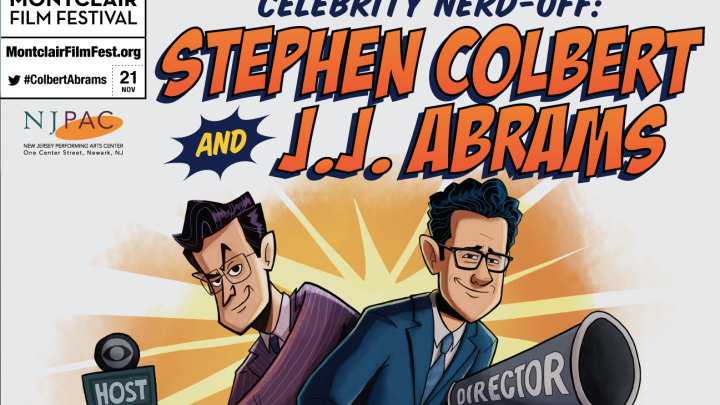 If you were a fan of The Colbert Report, you’re probably aware that although the political pundit is a fierce defender of freedom, he has another, nerdier passion that often takes precedence. Colbert loves The Lord of the Rings, he loves comic books and he loves Star Wars, which is why he’s going to host a conversation with The Force Awakens director J.J. Abrams in November.

Announced earlier this week, Colbert and Abrams will team up for something called a ‘Celebrity Nerd-Off’ at this year’s Montclair Film Festival (MFF). The website for the MFF says that the event “will feature the pair in a wide-ranging, on-stage look at their influences, ideas, and creative work.”

As Variety notes, Colbert hosted a separate talk with George Lucas at the Tribeca Film Festival back in the spring. You can read some highlights from that talk here. If Colbert hasn’t gotten his fill of Star Wars by the time The Force Awakens releases in December, it’s no one’s fault but his own.

The ‘Celebrity Nerd-Off’ will take place at the Montclair Film Festival in Newark, New Jersey on November 21st. Tickets go on sale next Friday, September 11th, and all proceeds from the event will support the film festival for future events.