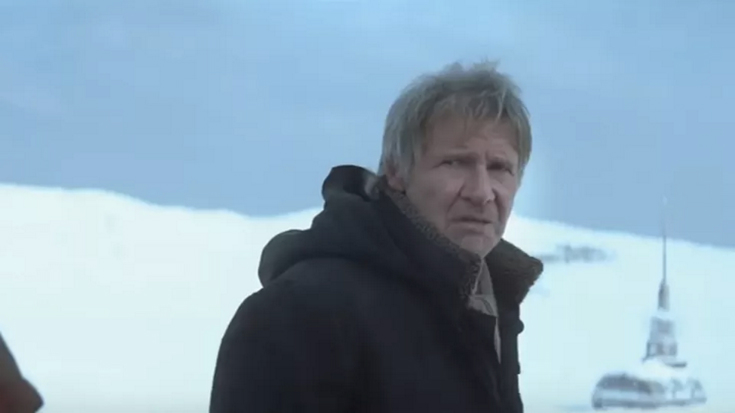 With over a month to go until Star Wars: The Force Awakens hits theaters around the world, likely shattering box-office revenue records and becoming an instant success in the process, the first TV commercial for the seventh Star Wars movie was just released.

Posted on Twitter on Sunday, the short 30-second clip shows some of the Star Wars footage we’ve already seen in previous trailers, though there’s a new voice narrating a short story.

“I have lived long enough to see the same eyes in different people,” the female character says. “I see your eyes. I know your eyes.” Polygon speculates we’re listening to the voice of Lupita Nyong’o’s character Maz Kanata. She happens to be a pirate whom we’re yet to meet.

Old Han Solo and the fan-favorite BB-8 droid are also shown in quick scenes, but there’s nothing too revealing. And Luke Skywalker is (still) nowhere to be seen in these trailer/commercials.

The movie opens on December 18th around the world, but you might have a hard time getting in on the action on premiere day, considering the millions of fans have already preordered their tickets for the opening weekend, breaking all past preorder records.

Check out the first Star Wars TV commercial below.

The force is calling to you…

Check out the first official TV spot for #StarWars #TheForceAwakens.https://t.co/tsKiEvZAK7