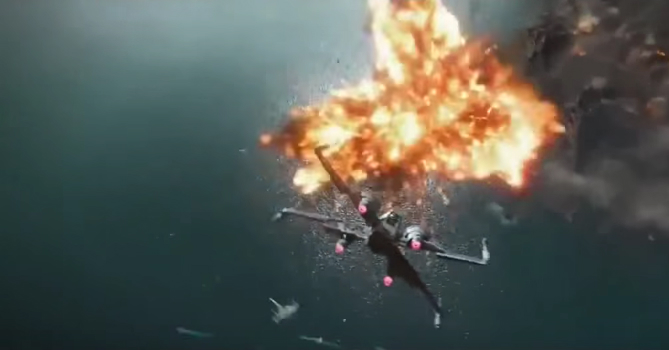 It’s probably safe to say that Episode VII of the Star Wars saga will be the biggest movie of the year, with millions of fans anxiously waiting for that December 18th premiere date. After releasing a bunch of interesting trailers in the past year, Disney is focusing on TV ads, which reveal more details about the story. A fourth ad is already out, showing some previously unseen shots, without giving away too many details.

We’d tell you to stay away from these commercials, as they’ll spoil some of the fun for you, but you’re going to see them on TV – maybe Disney should just stop releasing new ads at this point.

DON’T MISS: Forget megapixels, this is what you really need to know about smartphone cameras

Just like with previous ads, the new one is a very condensed blink-and-you-missed-it video. There’s a bunch of exciting scenes showing some of the main characters of Star Wars: The Force Awakens – Luke Skywalker is nowhere to be seen – with Rey on voiceover duty.

Interestingly, we see Rey and Finn partnering up on some Millennium Falcon action, with Rey apparently on pilot duty and Finn manning the guns – fans of the saga will definitely appreciate these fighting sequences considering the illustrious predecessors that occupied the very same seats inside the spacecraft years ago.

Check out the new Star Wars clip below, and let’s hope Disney doesn’t have too many ads left. After all, there’s just over a month to go until the movie launches.