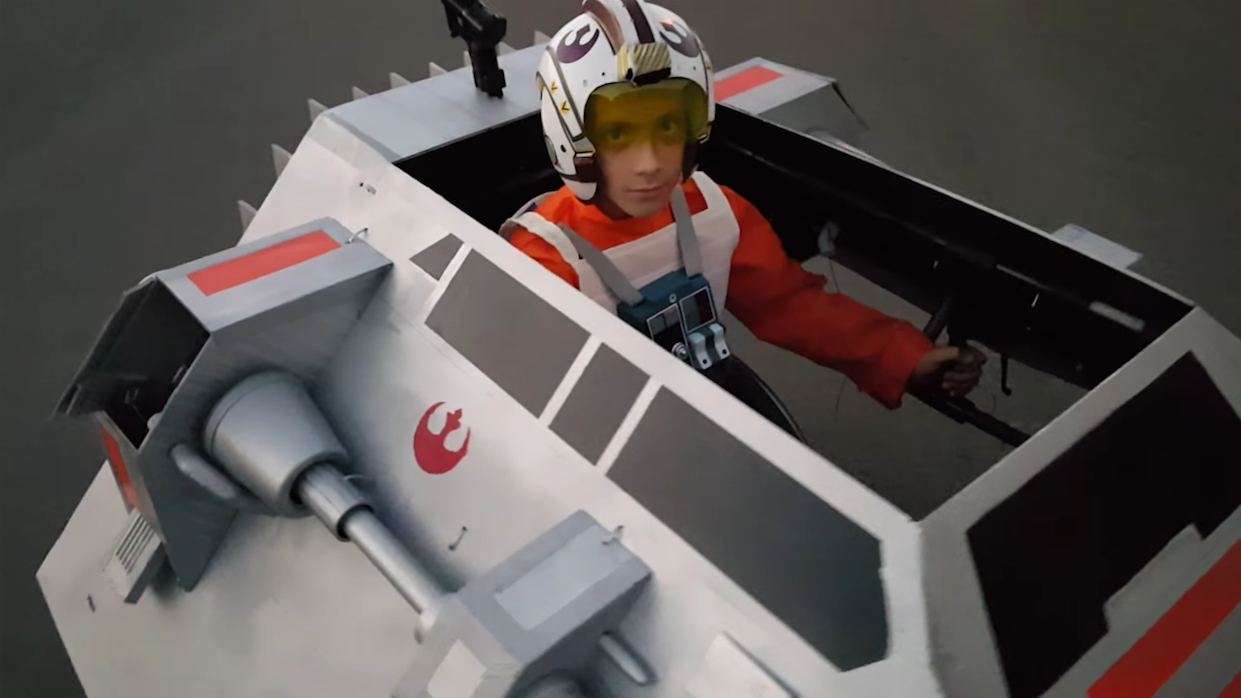 The words “Halloween” and “inspiring” aren’t often seen in the same sentence, but there’s no other way to describe one young man’s Halloween costume, which is quickly becoming a viral sensation.

A few days ago, Ryan Scott Miller shared a video on YouTube of his son Jeremy piloting an incredibly detailed and lifelike snowspeeder — the primary mode of transportation for the rebels during the Battle of Hoth in The Empire Strikes Back. Any Star Wars fan will recognize the ship right away.

As it turns out, Jeremy has spina bifida, a birth defect that prevents the spinal cord from developing properly. Therefore, Jeremy gets around via wheelchair, so it only makes sense that his wheelchair play an important role in his costume.

Speaking with CNET, Jeremy’s dad Ryan explained that he built the ship using foam board, PVC pipe, spray paint, bicycle brakes and duct tape, and the working blasters showcased in the video below are actually Nerf guns inside of the ship. And he has plenty of experience with these projects — in years past, he’s built a TIE Fighter, a Batmobile and a pirate ship for Jeremy.

“I was a huge Star Wars fan as a kid and I would have loved to have something like this, so it makes me giddy-happy to see my son so happy and excited in it,” Miller told CNET.

See the ridiculously awesome creation in action in the video below: