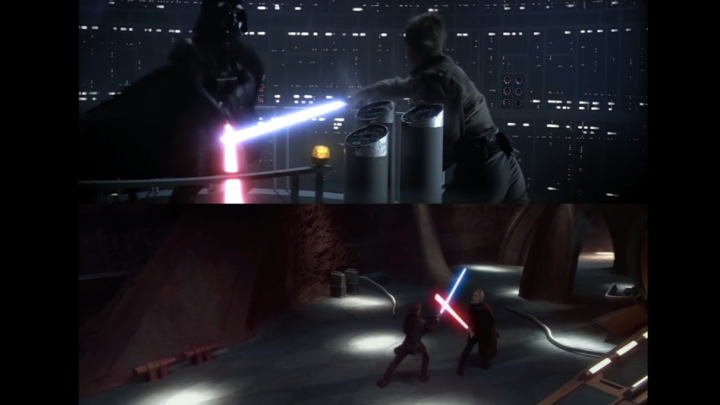 We’re all pretty much in agreement that the Star Wars prequels were an abomination, right? They introduced countless characters were didn’t care about, they ruined the Anakin Skywalker (and therefore Darth Vader) and they relied far too heavily on CGI. But despite all these issues, there was some fascinating artistry on the part of the creator.

DON’T MISS: 14 hidden iPhone 6s, iPad, Watch and Apple TV revelations that you might have missed

Yes, I’m saying that George Lucas did something right. Fortunately, you don’t have to take my word for it, as Vimeo user whoispablo put together a fascinating compilation of scenes from both trilogies that mirror one another, reflecting the following quote from Lucas: “You see the echo of where all is gonna go. It’s like poetry, they rhyme.”

No, these nods to the original trilogy don’t make up for the creation of Jar Jar Binks, but it’s nice to know that Lucas hadn’t entirely forgotten that the other three movies existed while working on the ill-fated prequels.

If for some reason the following video gives you the urge to reexamine the prequels, maybe watch the preferable Phantom Edit that we shared on the site a few months ago.