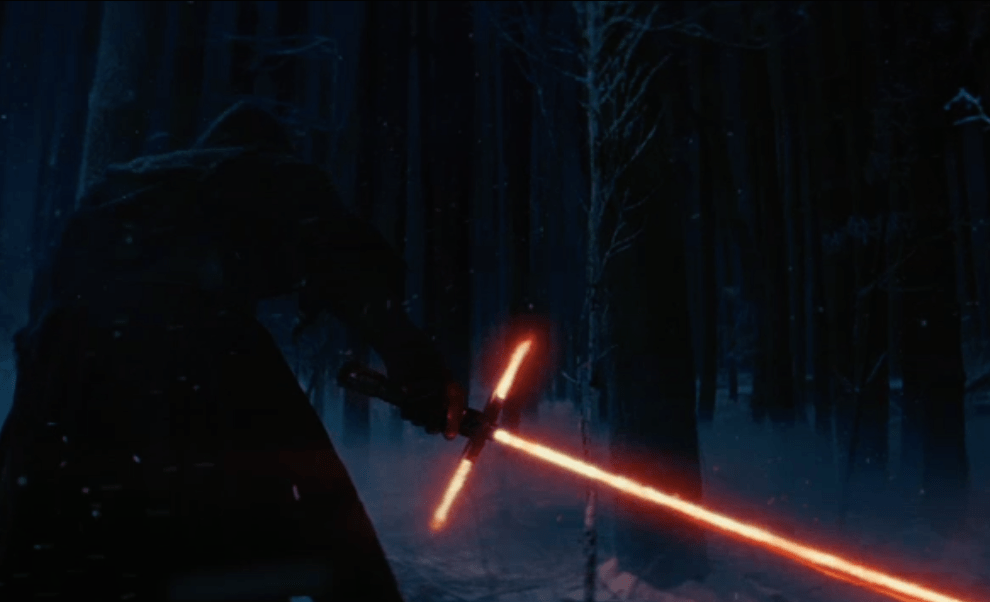 It’s been less than a week since the exciting new Star Wars trailer came out but fans who still feel understandably burned by Jar-Jar Binks have already found something to whine about: The major redesign of the films’ iconic light sabers. You see, instead of being a straight-up light saber as in the old movies, the new films show a contraption that looks more like a light bastard sword with two extra little light sabers that stick out from the sword’s main hilt, as you can see in the photo above.

While this change has sparked some significant nerd rage in some quarters, longtime Star Wars fan Stephen Colbert used his show this week to defend the new light saber design from some of the more hyperbolic crying out there, particularly from one person on Twitter who claimed the new saber retroactively “ruined” his childhood.

In his analysis, Colbert explained how the metal surrounding the small beams was more than sufficient to protect your hands and said that even if an opponent users their saber to slice through the metal, it will just run into the beam that the metal is encasing anyway.

While this explanation likely won’t be enough to placate people who are intent on believing the new movie will be terrible just because of one moment in the trailer, it should be fine for the rest of us who are cautiously optimistic about the new films. Watch the full video below.