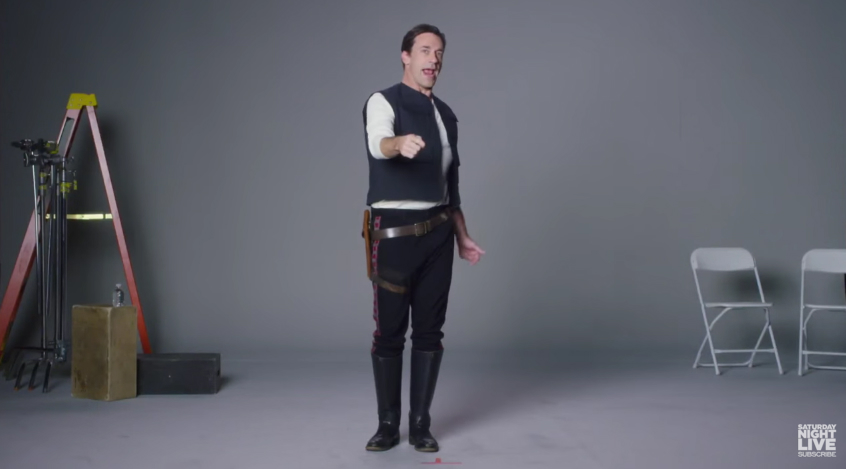 Star Wars: The Force Awakens is shaping up to be the biggest movie of the year, which shouldn’t be a surprise. The highly anticipated new episode of the Star Wars saga will premiere on December 18th around the world, with preorders having already smashed through existing records. Even so, Disney’s marketing team is heavily promoting the movie with new commercials being released on a regular basis. Furthermore, director J.J. Abrams and some of the cast have already appeared in various interviews detailing the making of the huge movie.

A brand new sketch for Saturday Night Live might be one of the best marketing stunts Abrams and Co. pulled off yet. In the short clip, the director shows some of the auditions for the movie featuring several different celebrities trying out for various roles.