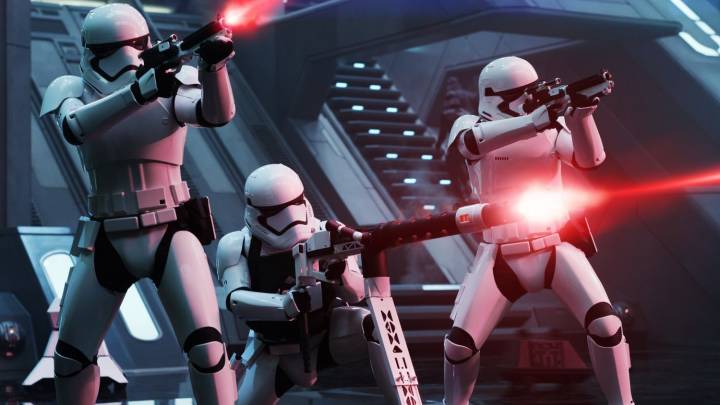 Most people who have seen Star Wars: The Force Awakens liked it and many fans have seen it numerous times since its December 18th premiere. But not everybody loves Star Wars, even if it quickly became a must-see blockbuster hit.

For example, the Vatican’s official newspaper blasted the movie in a review. Meanwhile, in a galaxy far far away a men’s rights group claimed that the new Star Wars has an anti-white, pro-female agenda, and the group boycotted the movie as a result.

Luckily, Jimmy Kimmel and Stephen Colbert are on the job, ready to defend the honor of J.J. Abrams’s new movie.

In a short segment, Kimmel explained what the “Return of Kings” men’s rights group did, and said that Disney is on the case. The company “has heard their complaints and to try to embrace as wide an audience as possible, they’re actually working to address them. Here now is the exclusive first clip of the new, men’s rights group-approved edition of Star Wars: The Force Awakens,” Kimmel said, introducing the following clip.

Meanwhile, Stephen Colbert took notice of the review in Vatican’s L’Osservatore Romano and decided to explain why, even if it’s wrong in his opinion, the review might make some solid points. Yes, you can expect a brief comparison between Star Wars and the Catholic Church, so check out the full clip below.