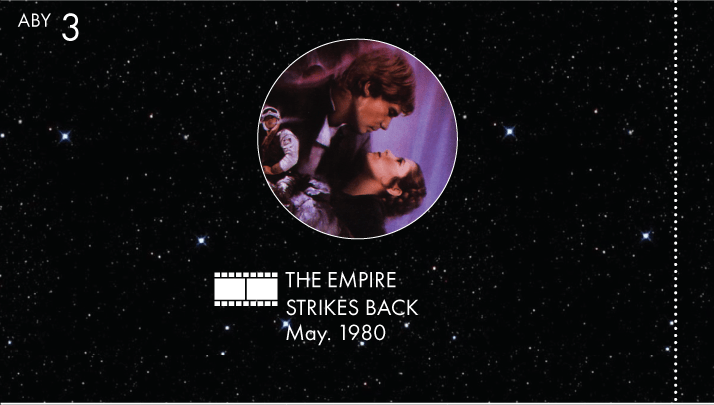 When Lucasfilm decided to reboot the Star Wars film franchise, the Expanded Universe was decimated in its wake. Dozens of books, games and comics that many fans had accepted as canon were suddenly struck from the timeline, leaving only the movies and a few select projects as official relics of Star Wars lore.

READ MORE: NASA confirms we won’t all be killed by an asteroid next month

Unless you’ve been paying close attention, you probably aren’t sure what still fits into the canon and what has been scrapped as works of fan fiction. Rather than do the research yourself, why not let this impressive (and enormous) infographic from Outer Places guide you through the timeline, which is much shorter than you might have imagined.

Based on this graphic, it appears that the most frequently covered time period in the Star Wars universe is between Episode III and Episode IV, during which the Empire rose around Emperor Palpatine and Darth Vader.

We’ll also be seeing plenty more novels and comic books fleshing out the lives of our favorites characters in the coming months and years, with a Chewbacca series scheduled to debut in October.

Check out the full infographic from Outer Places below: