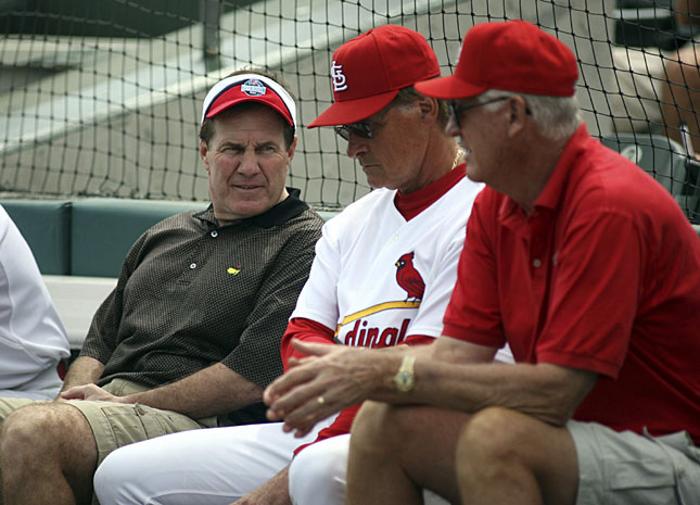 If there’s one thing Americans love to do, it’s to bash successful franchises that also get caught cheating to gain an edge over their opponents. St. Louis Cardinals fans are getting their first dose of this phenomenon this week after The New York Times reported that the FBI is investigating whether Cardinals employees illegally hacked into the computer systems of the rival Houston Astros to steal “internal discussions about trades, proprietary statistics and scouting reports,” among other things.

Reaction from around the web has been swift and harsh, especially since Cardinals fans like to think of themselves and their team as the classiest and most honorable in all of Major League Baseball. You can get a sampling of all the smarmy things people have said about the Cardinals in this Jeff Gordon column over at The St. Louis Dispatch.

As someone who is a fan of the New England Patriots, I have a long history of dealing with America’s pure, unabashed hatred of my team. Below I’ve listed some tips to help people in St. Louis cope with the rest of the country’s disdain.

First, your team is probably guilty. Even if they aren’t guilty of this particular hacking scandal, there’s a good chance they’re guilty of something. Anyone who thinks that professional sports are filled with upstanding “good guys” who should be role models to children has mentally never advanced beyond the age of 8 years old. Professional sports are brutally competitive and teams throughout history will often do anything to gain edges. Trying to argue that your favored sports franchise is a special group of uniquely ethical jocks who would never do anything to tarnish the Integrity of the Game will not end well for you.

Second, even if they’re guilty, it really doesn’t matter. Many fans get way too uptight about integrity in sports, although it’s usually just a cover to bash teams they already happen to hate. So yes, you can expect to see plenty of Cubs and Reds fans over the next few weeks slapping asterisks next to the Cardinals’ most recent World Series wins… but who cares?

Stealing signs, spitballs, pine tar, corked bats and performance-enhancing drugs all have a long history of being part of baseball. That’s not to say that the guys who get caught breaking rules shouldn’t be punished but more that once they’re punished, everyone should just forget about it and move on with their lives.

I mean, come on: I love sports but most of these guys were the same guys who stuffed nerds into lockers and flushed their heads down toilets in high school. Do you suddenly think they became better people now that they’re millionaires? Anyone who tells you that your team has a permanent stain on its record really has no awareness about how things work in the real world.

Third, embrace the hate. This is something that I’ve learned to do very well over the years, which is to embrace your team’s reputation as a bad guy. Yankees’ fans never seemed to mind that the rest of America hated their guts back when they were buying up championships left and right. In fact, most other fans were just jealous that the Yankees were willing to go the extra mile to put a winning team on the field.

Similarly, we Patriots fans love that our team has joined the ’70s Raiders and the ’90s Cowboys among the ranks of all-time hated football franchises. “Let them hate,” the old saying goes, “so long as they fear.”

Finally, remember that it’s only sports. There are plenty of things in the world to get genuinely outraged about. Sports teams that cheat aren’t one of them. Sports is fun entertainment and there is absolutely no need for anyone to be a moral scold about breaking the rules. It is, after all, only a game.