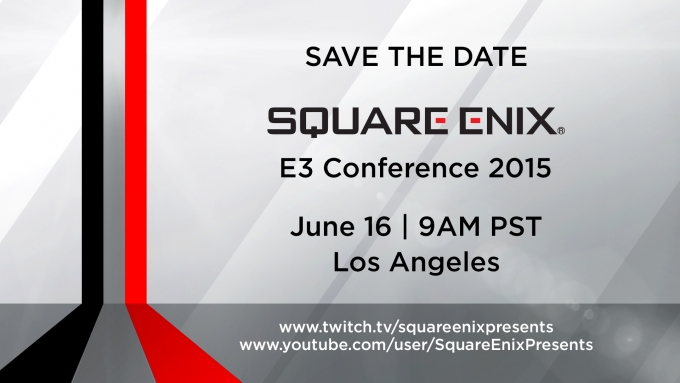 This is it. The last E3 2015 press conference before the show floor opens. Square Enix is hosting its own live event this year, which was originally scheduled to begin at the same time as Nintendo’s, but was eventually moved back. Now it will lead straight into the show… so it had better be great!

MORE E3: Video: This is the HoloLens Minecraft demo that just blew everyone’s minds at E3

Many of the games that Square Enix is publishing made my top 10 list of anticipated games for the show this year, including Just Cause 3, Mad Max and Rise of the Tomb Raider. Hopefully the publisher will spend equal time on its own games, including Final Fantasy XIV, Final Fantasy XV and Kingdom Hearts III.