Is RIM’s BlackBerry Bold 9930 worthy of a $250 price tag? Sprint seems to think so. BGR has obtained a copy of an upcoming Sprint flier that reveals pricing for several devices, including RIM’s new flagship CDMA smartphone, the BlackBerry Bold 9930. According to the document, Sprint’s BlackBerry Bold 9930 will cost $249.99 with a new 2-year agreement. Sprint’s upcoming BlackBerry Torch 9850 will cost $149.99 on contract, and the Samsung Conquer 4G will cost $99.99, as we knew. The $249.99 price tag on the new Bold at Sprint could also mean we can expect similar pricing from other major carriers. We really like the aggressive Torch 9850 pricing — $150 is a terrific starting point for RIM’s new full touchscreen device, and when it drops to $99.99 later this, it will be a steal. $250 is still a tough pill to swallow, however, and we think the above-average cost could slow adoption of the Bold fairly significantly. Early adopters will be on board regardless, of course, but average consumers and businesses — especially SMBs — might think twice before parting with $250 for the 9930. Do we think RIM’s new touch-and-type Bold is worth $250? We’ll that’s an entirely different story, and you’ll have to wait for our full review to find out. An image of the full page from Sprint’s flier follows below.

By Maren Estrada 27 mins ago 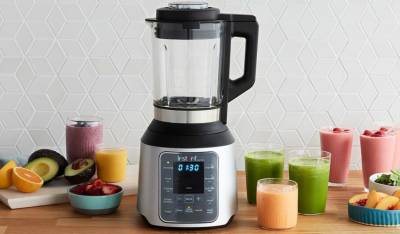