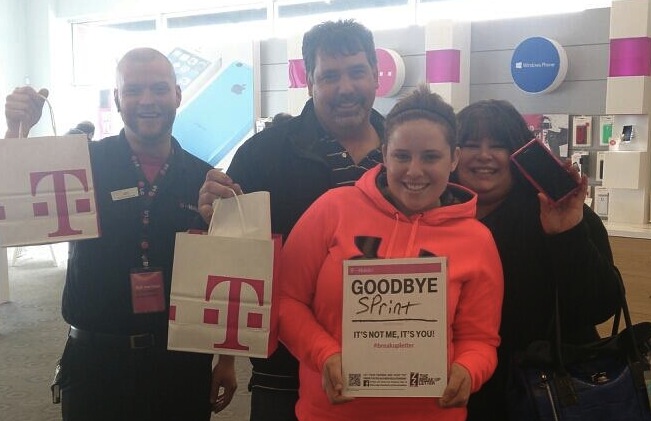 The $32 billion merger between Sprint and T-Mobile always faced a major uphill climb since U.S. regulators really weren’t keen on the idea of letting the wireless industry consolidate even further. And now a new report from The Wall Street Journal indicates that Sprint parent company SoftBank may no longer be the only company willing to shell out big bucks for America’s scrappy “Uncarrier.”

According to the Journal’s sources, French company Iliad has made a bid to buy T-Mobile within the last week and it’s even presented the proposal to T-Mobile’s board. The Journal says that Iliad has garnered an “Uncarrier”-like reputation of its own in France and “has sparked a fierce price war in France’s mobile-telephone market via its cutthroat rates.” This would seem to be a good matchup with T-Mobile, although the Journal also notes that Iliad could face problems financing the deal since its market cap of roughly USD $16 billion is significantly less than T-Mobile’s current market cap of USD $24 billion.

Nonetheless, if T-Mobile parent company Deutsche Telekom is really eager to unload its American wireless carrier and if it doesn’t want to go through all the massive regulatory headaches that would come with trying to sell it off to SoftBank and Sprint, it could give Iliad’s proposal a good, long look.