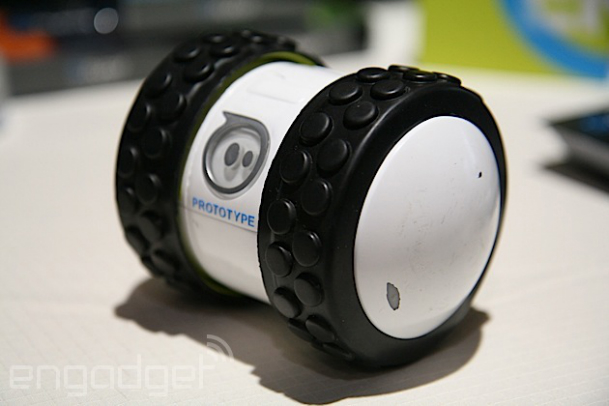 When it launches this fall, the Sphero 2B will be a $100 smartphone accessory/toy/robot that will let users wirelessly control the device from inside an app installed on an iOS or Android device. Cheaper than its Sphero 2.0 predecessor, the Sphero 2B was unveiled at CES 2014, and it’s  going to offer “high-speed tricks and jumps,” – the device will reach speeds of up to 14 feet per second – tumbles and various visual effects. Additionally, the toy will be completely customizable, allowing users to change tires and accessories in order to adapt it to different outdoor conditions. Thanks to a built-in infrared sensor, the device will also offer some sort of multiplayer game support to users, as long as each player has their own Sphero 2B device. And finally, the Sphero 2B robot will be “totally programmable,” as users will have the opportunity of programming the device to do various things – however, the company doesn’t offer more details about this aspect on its Sphero 2B teaser site at this time.