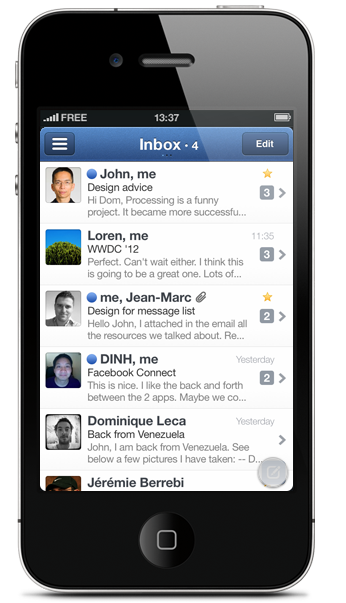 Google (GOOG) acquired the popular third-party email client Sparrow this past summer, and despite the buyout the company vowed to update its app so it would be compatible with the iPhone 5 and iOS 6. The team has hit a road block, however — Sparrow developer Dinh Viet Hoa announced on Tuesday that Apple (AAPL) has rejected the email client’s latest update.

“Apple called to tell me that Sparrow has been rejected,” Viet Hoa wrote on Twitter. “Our app will be removed from the appstore if we don’t submit a new version soon.” The update reportedly violated Apple’s App Store policies for including Rich Text support for iOS 5 users, a feature Apple added in iOS 6.

“We managed to get a rich text edition [and] the keyboard appeared without the user [having] to tap on ios5,” the developer wrote. “We’re fighting with Apple to get the update of the app through the AppStore validation process.”

For the time being, the team plans to submit a new version of the app that will be compatible with iOS 6 only.