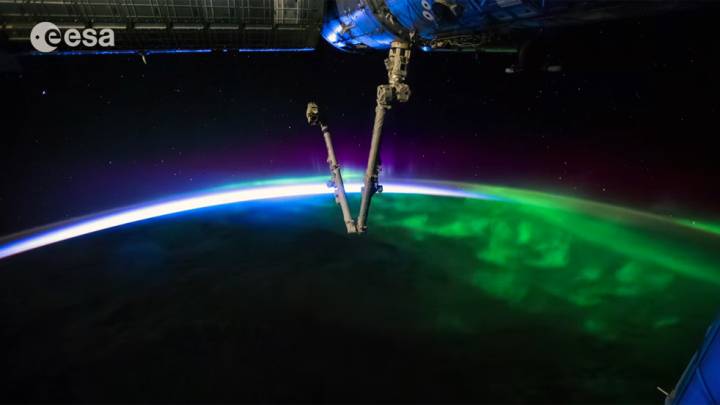 You know your annoying neighbors down the block who suck up 10 times more power than anyone else from your local grid for four weeks every year when their Christmas light display goes up? You know exactly who we’re talking about. There’s a giant inflatable Santa on their front lawn that’s even taller than their house, and about 10,000 seizure-inducing light bulbs strewn about behind him that blink incessantly at all hours of the night.

For whatever reason, those neighbors think that you’re impressed by their horrid display. But if you want to see what an awe-inspiring light show really looks like, you’ll definitely want to check out this incredible video of a light show captured in space.

DON’T MISS: Video: Watch a $75,000 sunrise that will leave you breathless

The video below comes from the European Space Agency, and it is a time-lapse of photos captured by German astronaut Alexander Gerst while he spent six months on the International Space Station.

There are 12,000 photos in all, and they give us incredible views of stars, aurora borealis and lights shining up from the Earth below.

And if you look really, really closely, you might just be able to see that ridiculous monstrosity in front of your neighbor’s house.

The full video from ESA is embedded below.