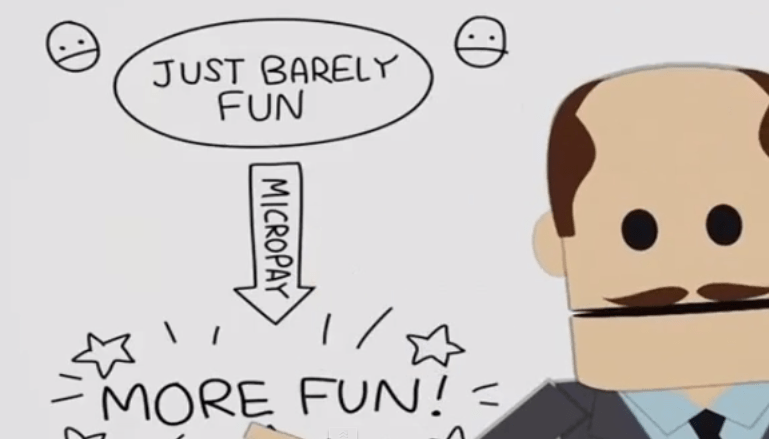 If there’s one tremendously annoying trend over the past few years, it’s been the rise of “freemium” games that are free to download but that constantly charge you money to make the game actually enjoyable. The most infamous example of this was EA’s botched Dungeon Keeper reboot where players complained that the game took hours to even really get started unless you sent the developers money via microtransactions.

RELATED: Bestselling author fumes after her son blows $120 on the Kim Kardashian app in just 2 days

The most recent episode of South Park hilariously exposed “freemium” games for the cynical and sleazy money grabbers that they are by having the South Park kids play a “freemium” Terrance and Phillip game where they have to constantly pay money just to do anything worthwhile. Terrance and Phillip, who are outraged that their good names are being used for such a shady product, go to confront the game’s developers… who just happen to be high-level Canadian government officials.

The officials then explain that while you used to just pay for a game and then enjoy it, today you give games away for free and have players pony up money for them to not be terrible.