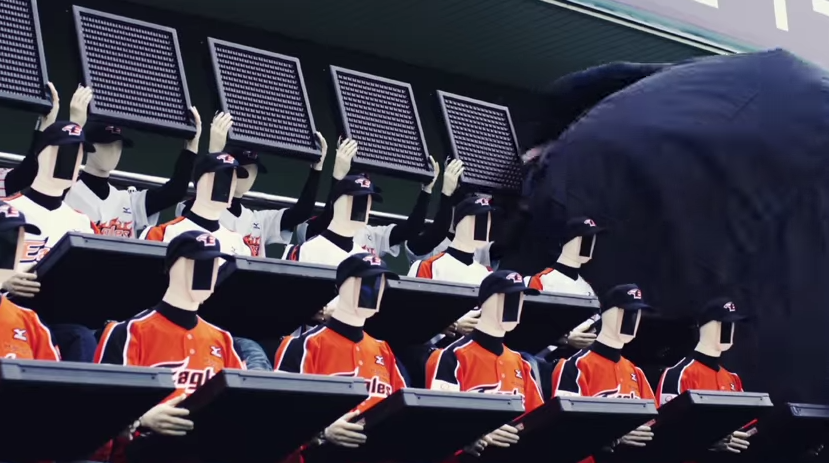 When a baseball team hits a slump, it can feel insurmountable at times. It doesn’t help when the fan base isn’t there to support the team either, which was the case for the Hanwha Eagles, a South Korean team which has lost more than 400 times in the last five season, consistently coming in last in their league, reports ABC News. Now that the fans have all but given up on their hometown Eagles, the team is making it easier than ever to show support without actually having to sit through another tragic loss with an ingenious solution: robot fans.

According to the report, fans are able to project their faces on to a robot and even control some of its motion from their couches at home. The robots will also hold up digital signs in support of the Eagles and lead cheers from the stands.

“The signs out there out in the outfield, it’s a pretty neat idea. It gets the crowd into it and really helps them get involved,” says pitcher Andrew Albers.

As ABC points out, this clearly isn’t the ideal solution for a struggling team, but for fans, it’s one more reason to check out the ballpark. Shorter lines, shiny new robots — what’s not to like? Watch a video of the robots in action below: